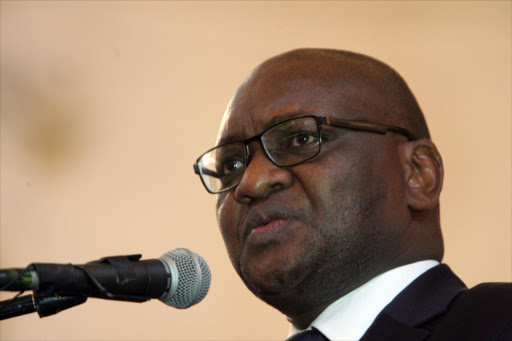 Gauteng premier David Makhura has confirmed he will finally announce a new health MEC next week.

The provincial health department has been without a full-time MEC for close to four months after former MEC Bandile Masuku first asked for leave and was later sacked over his alleged involvement in a personal protective equipment (PPE) tender awarded to Royal Bhaca.

Makhura announced his intention to appoint the new MEC during his address at the provincial legislature on Friday.

He was briefing the legislature about a new team of experts appointed by the provincial cabinet to work with the limping department of health, which is without a head of department and CFO.

Axed Gauteng health MEC Dr Bandile Masuku on Friday filed an application in the high court in Pretoria, asking that the findings of the Special ...
News
1 year ago

As the ANC in Gauteng mulls over the fate of health MEC Dr Bandile Masuku, his department has lauded stakeholders who have donated more than R322m in ...
News
1 year ago

“The team our executive council has appointed is going to work with the new MEC for health, who will be announced next week, to help us to build a dynamic organisation,” said Makhura.

Makhura had seemingly been dragging his feet on announcing a replacement for Masuku after he was instructed by the provincial ANC to urgently appoint a new health MEC.

In his address on Friday, he pointed out problems facing the department of health.

“We know as a matter of fact the PPE procurement corruption has undermined the progress [in turning around the department] and underlined the reality that we still have areas of structural dysfunctionality and systemic dysfunctionality, especially at the top,” said Makhura.

He said structural and systemic deficiencies showed up from time to time and often had a damaging and devastating effect on public health services.

Makhura said the team of experts will be working to rebuild the department of health. He said following the PPE scandal, there were signs corruption was resurging.

“Corruption is rearing its ugly and stubborn head again. It was never gone because it was a work in progress, but we are deeply concerned that in parts of our provincial government, some of our departments, some of our agencies, there is regression,” said Makhura.

He said his government was, however, not going to take it lying down and would tackle corruption in every department and government agency.

Makhura said his government had relocated the provincial forensic unit to his office and boosted its capacity.

“As I speak, they have finalised 73 forensic investigations and in 66 of those, cases have been opened and referred to law enforcement agencies for criminal prosecution and recovery of public funds,” he said.