Zondo to lay criminal charges against Zuma for walking out 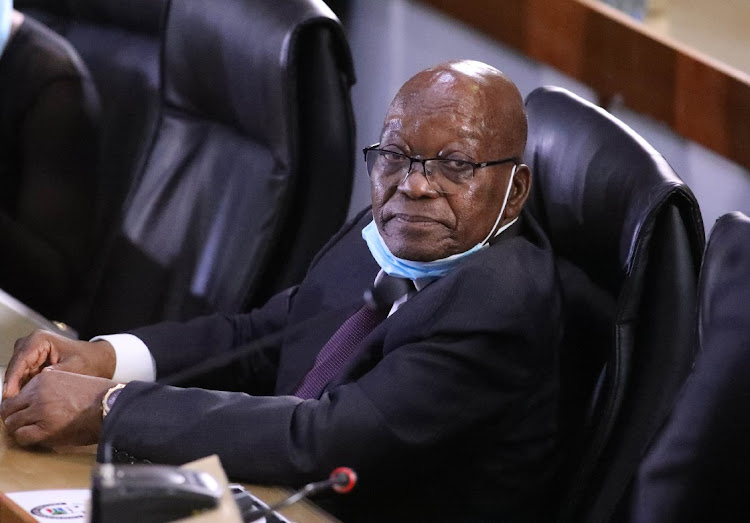 Zuma left the commission on Thursday last week during the morning tea break after Zondo had dismissed his application for his recusal.

Zondo said Zuma's walkout was a serious matter which impacts on the integrity of the commission.

"It (Zuma's walkout) impacts on the integrity of the commission, the rule of law and public accountability. And in this regard it is important that we all remember that the matters that this commission is investigating and on which it seeks to question Mr Zuma, are matters that happened largely when Mr Zuma was president of the republic and had an obligation to account for what was happening during his presidency," Zondo said on Monday morning.

He added: "The rule of law and public accountability are values that are fundamental to our constitutional order. Also our constitution promises all of us that we are all equal before the law."

Zondo said Zuma could not have been confused about the need to request Zondo's permission to leave as on Tuesday last week he had requested to be excused by the chair of the commission on Wednesday as he had a funeral to attend.

"On Thursday before he (Zuma) left, the head of the commission's legal team had made it clear that as long as the summons stood it was binding and it was not up to him (Zuma) to excuse himself. Nevertheless Mr Zuma did excuse himself," Zondo said.

He said Zuma's conduct could send a wrong message to other witnesses who might not be comfortable with answering questions in the commission.

Zondo said he was going to determine other dates for Zuma  to appear before the commission and that summons would be served on Zuma.

The commission would also approach the Constitutional Court on an urgent basis for an order that compels Zuma to appear before the commission to answer questions.

"The order that will also be sought will compel Mr Zuma to comply with directives that I have issued... in terms of the regulations of this commission which were promulgated by Mr Zuma when he was still president which require him to furnish certain affidavits to the commission. That is what is going to be done.

Legal experts believe chairperson of the State Capture Commission Raymond Zondo may issue a warrant of arrest for Jacob Zuma for being in contempt of ...
News
7 months ago
Next Article