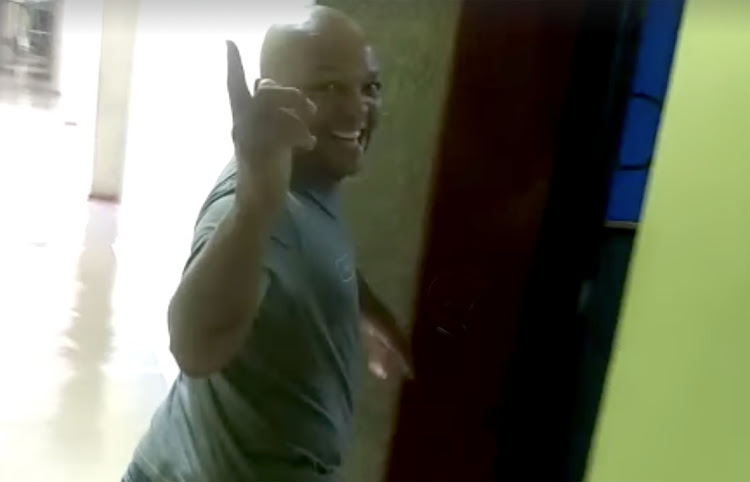 The SABC has removed Umhlobo Wenene Breakfast show host Phiwe “Pastor The DJ” Nozewu after he expressed “joy” on Twitter regarding a confrontation between an EFF supporter who was assaulted in Brackenfell, Cape Town, and local residents.

The public broadcaster announced its decision on Twitter on Thursday after calls by the EFF to have Nozewu removed.

“The SABC can confirm that Mr Phiwe Nozewu is unscheduled on Umhlobo Wenene FM by the station’s management following his public utterances on Twitter in relation to a violent incident which took place in Cape Town. The SABC views this matter in a serious light and has therefore unscheduled Mr Nozewu until further notice for bringing the organisation into disrepute,” it wrote in two separate tweets.

The peace outside Brackenfell High School on Tuesday was tenuous, held together by a heavy police and private security presence and an absence of EFF ...
News
1 year ago

On Wednesday the EFF issued a statement on Twitter calling for the SABC to remove Nozewu for his “self-hating comments which endorsed public violence and the assault of a black woman outside Brackenfell High School.”

“In a pathetic display on anti-blackness, Nozewu posted his apparent joy on Twitter at the assault of EFF activists, who were attacked by intolerant white racists who believe there are sectors in South Africa where black people are not allowed to gather,” a portion of the EFF's statement read.

Despite Nozewu issuing a public apology on Twitter on Wednesday, the SABC conceded to the calls by the EFF.

Attack on EFF was despicable

The assault by the Brackenfell community on EFF members who were protesting against alleged racism at the Brackenfell High School must be condemned ...
Opinion
1 year ago

Plea for dialogue as Ramaphosa denounces violence at Brackenfell school

President Cyril Ramaphosa has described the confrontation outside Brackenfell High School in Cape Town as deeply regrettable, calling for people to ...
News
1 year ago

"On learners aggrieved by exclusion from a private party, there's a time for everything. It's exam time now. Let children write without the stress of ...
News
1 year ago
Next Article