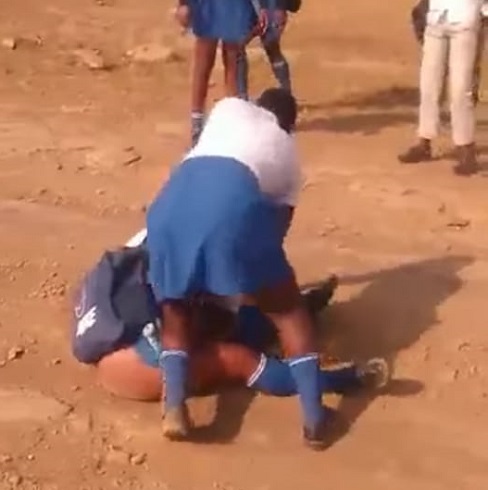 The department of education in KwaZulu-Natal has suspended two pupils from Mathole high school in the district of Zululand for allegedly being involved in bullying.

Yesterday, a video surfaced on Facebook where a pupil is seen sitting on a dirt road while another drags her with her underwear which eventually tore off.

The pupil also kicks and punches her in the face. The victim can be heard pleading with her attacker to leave her alone. Meanwhile, a group of pupils are seen filming the incident and one tries to stop the girl but gets pushed away.

"Professional therapy will be offered to the victim and other learners. Aggressive behavior will not be tolerated," he said.

Department spokesperson Kwazi Mthethwa said though in the footage only one pupil can be seen attacking the other learner, there was another one involved in the attack.

Nine murders and 19 attempted murders which were recorded by the SA Police Service between April 2019 and March 2020 were as a result of bullying in ...
News
8 months ago

Nearly half of Gauteng teachers want to quit over high school violence: survey

Family problems, parental negligence, socio-economic circumstances and substance abuse are among the main causes of violence in schools.
News
7 months ago
Next Article