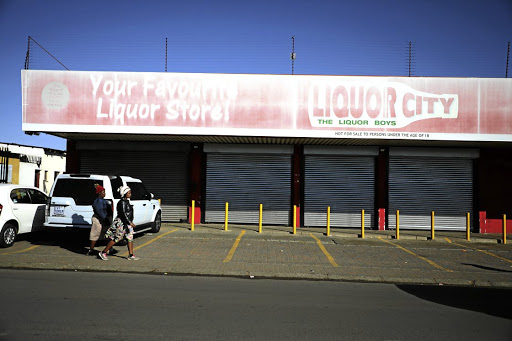 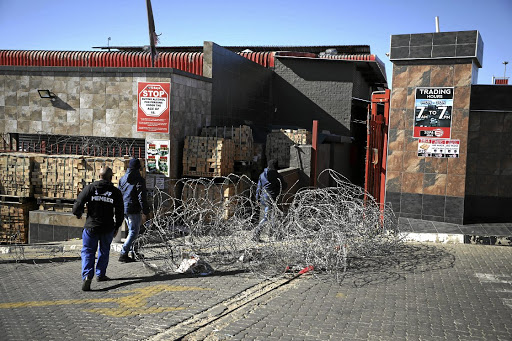 Just when Tshidi Ndabezitha thought her business was beginning to claw back the losses it suffered during the hard lockdown, Sunday night's ban on the sale of alcohol may have now landed a fatal blow to her business.

Ndabezitha, who runs a tavern in Pimville, Soweto, said she had just stocked up on Thursday in preparation for a new week of trading because transporting of alcohol was prohibited over the weekend.

The mother of three said the recent ban could effectively run her ailing business into the ground.

"I have a stock worth R7,000 in storage. Most of that money came from a loan because I was starting to see slight profit after a month of trading, but now I probably won't be able to get back in the business after I sell this stock because I would have lost too much and will be in debt," she said.

In Alexandra, tavern owner Angelo Morgan, 51, said the government was "bullying" them while sparing the taxi industry that has been allowed to load full capacity.

"The government is not so hard on the taxi industry where they make 100% full load, where you can see that this coronavirus can affect more people but with us they just bully us," owner of Carpet House Tavern, lamented.

Morgan, who has been trading liquor for over 20 years, said he was looking at losses of over R40,000.

"The sale, dispensing and distribution of alcohol will be suspended with immediate effect"
News
1 year ago

He employs six people who he may not afford to keep paying as he also supports his family of six.

Thato Motaung, 31, of Motaung Sheeben, also in Alexandra, said the government was taking food out of their mouths.

"It's just that it was sudden and we are now sitting with stock which might expire. We probably wouldn't have bought more stock last week had we known they would force us to close because we don't know when they will open," Motaung said.

Thabo Modise, from the Gauteng Liquor Board, said they felt the government was harassing their industry and blaming them for the rise in Covid-19 cases

"We were not even consulted at all. We were as surprised as everyone else when the president made the announcement. We have 20,000 tavern and bottle store owners who will be affected by this decision. But to be fair, the rise in number of people who are dying is also a cause for concern and makes it difficult for us to argue."

But Tau Chikonye, senior manager at Supa Store bottle store in Soweto, said although they were caught off-guard by Ramaphosa's announcement, they also understood the need to enforce a ban on alcohol sale.

Beer Association of South Africa CEO Patricia Pillay said that the industry was committed to working with the government to find solutions that prioritised lives and safeguarded livelihoods.