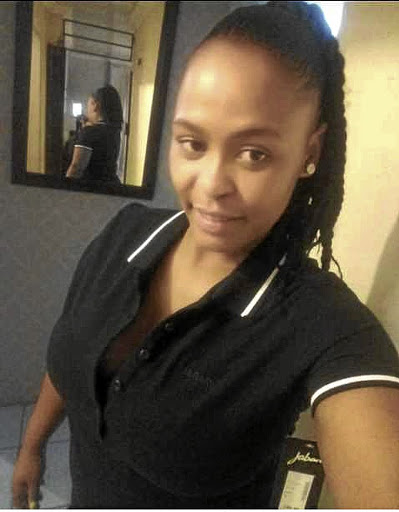 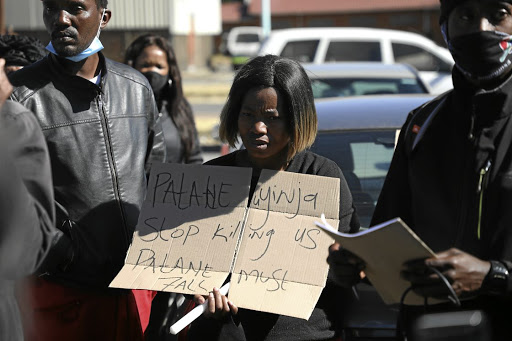 East Rand residents came out in numbers to support the family of a 31-year-old woman who was allegedly killed by her live-in lover in yet another episode of gender-based violence.

Thokozile Kubheka died on Friday night in Katlehong Extension 16 in what police believe was made to "look like a suicide" in an alleged cover-up following her killing.

Kubheka was in a house she rented with her 38-year-old boyfriend.

Her emotional sister Thandeka spoke to Sowetan yesterday outside the Boksburg magistrate's court where the suspect, Thabo Maake, was appearing for the first time in connection with the murder.

Thandeka said she and her family in Vosloorus found out about the tragic death of her sister on Saturday night after trying to reach her several times on the phone without luck.

"I became suspicious after trying to call her all day. Before that I had called her to check if she was okay because her neighbour had informed me she was being beaten by her boyfriend," she said.

She said on Friday evening she spoke to the boyfriend on the phone who said they wanted to be left alone to fix their differences.

"I went to their place together with a few family members and we got the shock of our lives when we arrived there. Thokozile was killed. She was locked inside the house . Her body was lying in the bedroom with a rope around her neck. She had bruises all over."

In 2018, Ayanda Simelane, from KwaThema in Gauteng, was hacked to death and her alleged killer was due to appear in court a month ago.
News
1 year ago

"We will ensure that she gets justice; the family has been left traumatised after finding her in her death room.

"Besides the rope on her neck, there was another one found tied in the garage."

He said Maake has another case of arson pending after he was charged for burning their family house with petrol. "He had been bullying the family. Last year, he forcefully entered the house looking for Kubheka before he burnt her bedroom."

Ntaoleng Molefe from Kaofela Rehabilitation Skills Development, a nonprofit organisation that deals with gender-based violence, said it was "uncalled for that women keep being killed for no reason".

Molefe said police need to ensure they do proper investigations to have stronger arguments in court. Maake will appear again in court on July 20 for a formal bail application. His matter was postponed for further investigation.

Police spokesperson Capt Piet Rossouw said SAPS members attended to a complaint where it was alleged "that a female person committed suicide".

"Family and community members showed the police where the victim was lying. The body of the 31-year-old deceased was found inside the one-room covered with a blanket and a rope around her neck. There were no visible injuries on her body except around the neck area.

"[Further investigations revealed] the possibility that the victim could have been strangled and an attempt made to let this look like a suicide. In the garage there was also a rope found hanging with a round knot.

"The possibility is still not excluded that the culprit(s) could not carry the deceased body to the garage to change the murder scene to look like suicide," Rossouw said.

South African artists and performers have reacted to the extreme levels of femicide and domestic violence by composing songs and theatre productions ...
Entertainment
1 year ago
Next Article