Mthwalume activist arrested for march frustrated as her case drags on 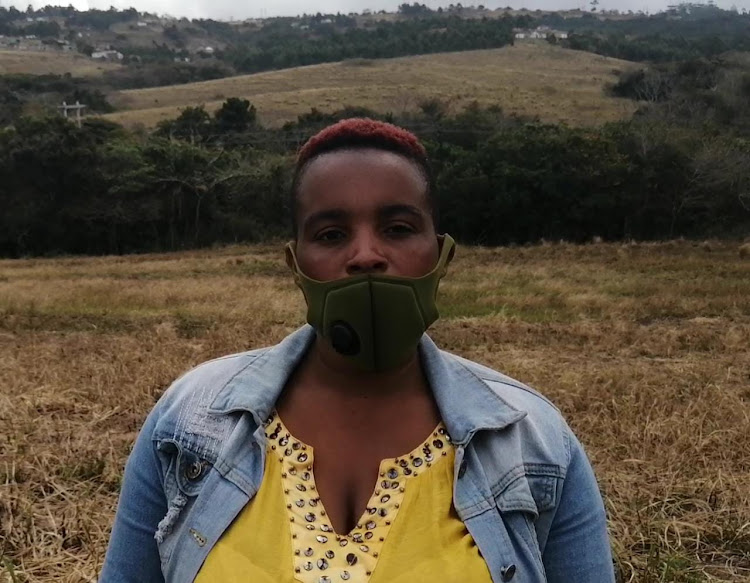 Mthwalume activist Hlengiwe Gambushe was arrested in July for leading a march following a spate of killings in the area.
Image: Lwandile Bhengu

Mthwalume activist Hlengiwe Gambushe says she is angered and hurt by her ongoing court battle, after she was arrested for leading a march that called for the police to take action against the killing of women in the area.

In July, hundreds of women took to the streets of Mthwalume, on KwaZulu-Natal’s south coast, and marched to the local police station to demand action after three women had at the time been found murdered in the area.

Gambushe was later arrested for contravening the Disaster Management Act because the march had more than 100 people.

“This thing makes me angry and disappointed. People are being killed in such a gruesome manner and I was just trying to make noise about it. We didn’t kill anyone, damage any cars or block roads we were just marching,” Gambushe told SowetanLIVE's sister publication TimesLIVE after she appeared in court on Wednesday.

After the march and the discovery of two more bodies in August, police minister Bheki Cele as well as various members of the provincial government visited the area and promised to make changes to the Hibberdene police station.

“What makes me angry is that after we marched various government officials arrived as a result of the march but they make no mention of my case. I have to use money out of my pocket to go to court,” she said.

Gambushe, the only person arrested, said she had agreed to lead the march because she was tired of seeing the area she grew up in being turned into a dumping ground for women.

“What made me give myself to the march and not name anyone who was involved is because I grew up in this area and it was never like this. It broke my heart because the leadership and police were not doing anything, which prompted us as a community to stand up,” she said.

“I agreed to lead the march because I felt an immense amount of pain, that I still feel today.”

Her lawyer Lourens de Klerk told TimesLIVE on Thursday that the matter had been postponed to September 29.

“The main complainant by the police, because the police are the complainant, is that when the march she arranged was done there were more than 50 people, which goes against the Disaster Management Act,” said De Klerk. “I spoke to the public prosecutor and we agreed that this is not a matter that should be dealt with by the criminal court. It has been diverted to the alternative resolution process. Free bail,” he added.

Meanwhile, Col Thembeka Mbele said the body of a sixth victim discovered on Saturday had not yet been identified but is believed to be female. She added that the police had not yet determined when the killing took place.

KwaZulu-Natal police commissioner Lt-Gen Khombinkosi Jula says that there is no indication that the sixth body found in Mtwalume on Saturday is ...
News
1 year ago

The discovery of a sixth body in Mtwalume, on KwaZulu-Natal’s south coast, has again left women in the area feeling unsafe and questioning promises ...
News
1 year ago
Next Article