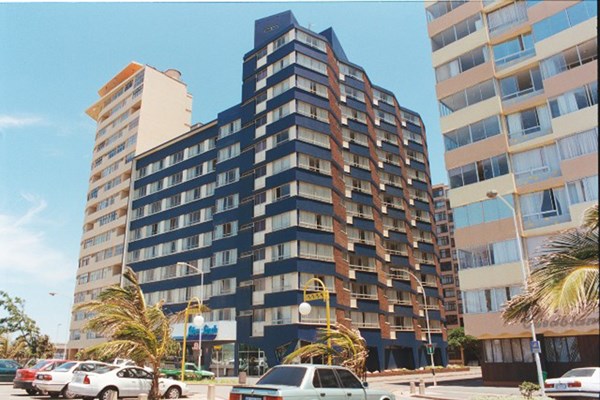 A lifeguard was not able to save a five-year-old boy after he fell from the 12th floor of the Silver Sands Lifestyle Resort in Durban.
Image: via Dream Vacs

Residents, holidaymakers and hotel staff prayed, sang hymns and wept while a lifeguard tried to resuscitate a five-year-old boy who had fallen from the 12th floor of the Silver Sands Lifestyle Resort on Durban's beachfront on Monday.

The boy from Gauteng was on holiday with his mother, siblings and grandmother when he fell to his death. Lynette Matthews, who lives in a neighbouring building, was alerted to the “horrific” incident by her 20-year-old son, Kalem, who had witnessed the child falling out of the window.

“My son had gone down to the shop. He came running back to tell us he saw a child fall out of a 12th floor window. We all ran to the pavement where the child's body was lying. I started to pray but his body was already turning blue. More people arrived to try to save the child.”

“His brothers, who must be about seven and nine years old, were crying hysterically. His mother was in shock,” Matthews said.

When an ambulance failed to arrive after several calls, Kalem ran to the nearby Addington Hospital to get help.

“By then a lifeguard was trying to save the boy, but he was already dead. The lifeguard had tears in his eyes while he tried to bring the boy back to life."

A four-year-old child has died in a fire that ripped through a Newcastle home on Sunday.
News
1 year ago

“It hit the child's mother that he was gone, and she broke down. She couldn’t bring herself to call her husband, who was in Johannesburg, to tell him what had happened,” Matthews said.

Bob Zungu was in the area when he witnessed the child falling out of the window.

“It happened so fast. I couldn’t move. It took me a few seconds to react. I ran over and was joined by many others who had seen the  boy fall. I begged God to save him but it was obvious he was gone. Twelve floors is very high and no-one would have survived that. I didn’t sleep last night. I keep seeing his face in my mind.”

DA councillor for the area, Nicole Graham, was contacted by traumatised residents.

“I was informed by residents that a child fell from the 12th floor of the Silver Sands block and seemed to be dead on impact. I have confirmed this with metro police.”

“It is a very tragic incident and was very traumatic to witness. Our thoughts and prayers are with everyone who witnessed the incident and, of course, with his family,” she said.

The Silver Sands Lifestyle Resort manager was unavailable to comment.