Angie Motshekga's team to take on those 'hellbent on disrupting schools' 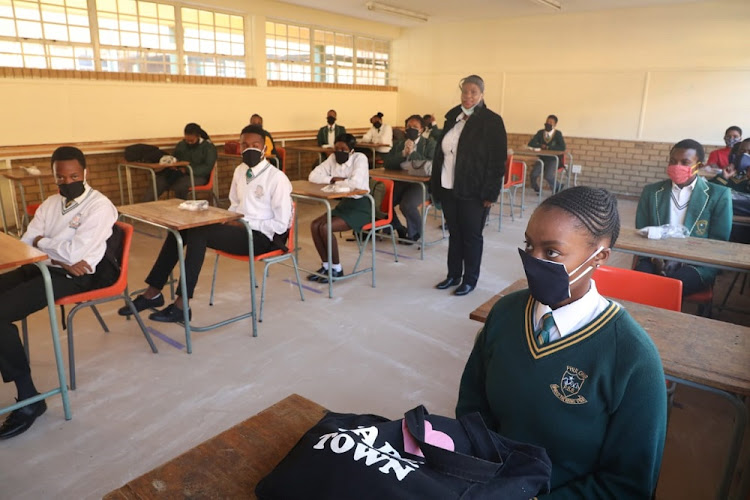 The Council of Education Ministers says it will go to court if necessary to stop people 'hellbent on obstructing schooling'.
Image: Thulani Mbele

The Council of Education Ministers (CEM), led by basic education minister Angie Motshekga, on Friday condemned ongoing attempts by political and civic organisations to disrupt learning at some schools around the country.

In a statement after its meeting on Friday, the council said on the whole it was satisfied with the return to school of several grades of pupils.

"Many schools have made a concerted effort to prepare adequate sanitation, health and safety measures to welcome back the pupils."

However, some "organisations have threatened teachers and pupils, and others have gone to court but failed to stop schools reopening and are now are bent on resorting to threats and disruptions to achieve their goals."

Motshekga said: "The CEM appeals to all aggrieved political and civic organisations to rather engage with their political counterparts and authorities at their usual platforms. These platforms are appropriate avenues to register their concerns and complaints, and not our centres of learning and development. The unfolding political ballgame does not belong in schools.

“Failure to desist from these regrettable acts will leave us no choice but to exercise our options, as per the dictates of the SA Schools Act, to make sure we protect our schools, educators, pupils and the rights and interests of parents who wish to take their children back to school.”

The council did not name the organisations, nor state where the disruptions have occurred.

Motshekga said some of the organisations had lost in court and were how resorting to disruptive behaviour.

“We are disappointed and dismayed that these organisations have neglected to recognise the efforts by the department in providing alternatives for parents who, out of well-founded anxiety and fear, wish not to return their children to school.

"Some parents wish not to return their children to school because children have comorbidities, and this is a fact well understood and embraced by the department. For these parents we’ve made provision, as allowed by the SA Schools Act, for home education.”

The CEM urged all those aggrieved not to interfere with the rights of those parents who want their children to return to school, adding: "The CEM has not ruled out the possibility of going to court to seek protection from all those hellbent on obstructing schooling."

Having lost a significant portion of the school year to the Covid-19 lockdown, many parents and pupils believe that the school year should be ...
News
1 year ago
Next Article