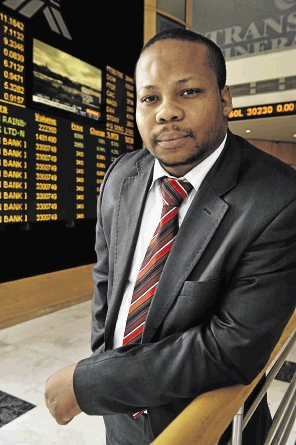 King Thulare III has been battling for years to make his uncle KK Sekhukhune accept his acting days are over.
Image: Robert Tshabalala

The newly inaugurated king of Bapedi, Thulare Victor Thulare III, has claimed another victory after the high court in Polokwane ordered his uncle to step down and hand over the kingship.

Thulare, in his personal capacity, approached the high court in Polokwane on an urgent basis to interdict his uncle and outgoing king, Kgagudi Kenneth Sekhukhune (also known as KK), from inaugurating his own son Sekwati as the new Bapedi king.

On March 25, President Cyril Ramaphosa has already signed a recognition certificate to Thulare as the Bapedi kingdom's leader.

However, long-standing acting king Sekhukhune and his supporters have been refusing to recognise him. In his ruling on Friday, Judge Ephraim Makgoba ordered Sekhukhune to step down as the acting kgoshikgolo (acting king) of the Bapedi in so far as he has until now has claimed still to occupy that position.

Sekhukhune spokesperson Makotanyane Morwamoche said they received the judgment on Saturday and "we will be meeting on Monday to study it".

Makgoba further ordered Sekhukhune to stop encouraging anyone to collect money from members of the Bapedi nation for any function to enthrone his son as kgoshikgolo.

"Do all things and to sign all documents required by law and the custom of the Bapedi people to publicly step down as acting Kgosikgolo of the Bapedi and to hand over the kingship to Thulare.

"Sekhukhune is interdicted from referring to himself as the King or acting King of the Bapedi," Makgoba said.

Thulare claimed that he approached the high court after he had written to Sekhukhune, through his lawyers, to stop stating that his son will be inaugurated in August and also to stop raising funds for such an event.

He said there was no positive response forthcoming from Sekhukhune and Sekwati hence his launch of now successful application in June.

Thulare said he approached the court to protect his kingship. The court also ordered Sekhukhune to ensure that any regalia associated with kingship is made available to Thulare within 10 days of the order.

Thulare was declared the king after the findings of the Commission on Traditional Leadership Disputes and Claims and further the decisions of the high court and the Constitutional Court.

The court heard that a campaign to inaugurate Sekwati was also not in dispute but the pair denied that they were associated with it.

Makgoba found Sekhukhune and Sekwati's conduct to be in defiance of court orders.

A Supreme Court of Appeal ruling has ended a long battle for the throne of Bapedi ba Marota in Limpopo, paving the way for unity.
News
3 years ago

"Despite litigation having come to a final end, the respondents in defiance of the court judgments continued to present themselves as the acting king and the king-to-be that is going to be enthroned on 15 August 2020.

"This is done with intent to undermine the position of the applicant and to hamper him in the exercise of his powers and complying with his duties to govern and serve the Bapedi nation as a king. They attempt to sow division and serious risk of violence and loss of life may result," he said.

Sekhukhune and Sekwati argued that the matter was not urgent and wanted it to be struck off the roll.

The pair also demanded that Ramaphosa and minister for cooperative governance and traditional affairs Nkosazana Dlamini-Zuma to be parties in the application but Makgoba dismissed it.

Thulare's spokesperson William Maphuthuma could not be reached for comment yesterday.

Last year, Sekhukhune and his council at Mohlaletsi Traditional Authority took the Commission of Traditional Leadership Disputes and Claims, Ramaphosa, Dlamini-Zuma and Thulare to court to challenge the finding of the commission that the latter was the rightful heir to the throne.