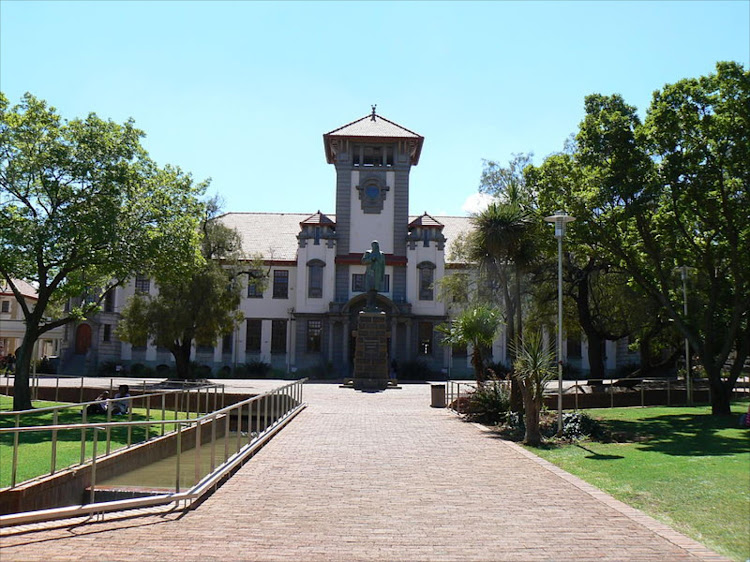 The statue of the former colonial president of the Orange Free State, Marthinus Theunis Steyn, is currently at the University of Free State.
Image: via Wikimedia Commons

The towering statue of the former colonial president of the Orange Free State, Marthinus Theunis Steyn, will finally fall from the University of Free State.

The statue, which has been in the front of the main building that houses the university's executive management, has been endorsed to be relocated to the War Museum in Bloemfontein.

The University of Free State (UFS) received confirmation from the Free State sports, arts, culture and recreation MEC Limakatso Mahasa who said the relocation was endorsed.

Mahasa's announcement came after the Appeal Committee of the Free State Provincial Heritage Resources Authority (FSPHRA) decided on August last year to uphold appeals from interested parties and to keep the statue at the university.

A special task team appointed by Professor Francis Petersen, rector and vice chancellor of the UFS to develop and implement a framework to engage with a review process on the position of the statue submitted an urgent request to Mahasa to appoint a tribunal and refer the university's appeal in terms of and in accordance with the provisions of the Section 49 (2) of the National Heritage Resources Act, No 25 of 1999.

Professor Petersen said the university's executive appreciated the endorsement by the MEC and was also satisfied with the findings of the Tribunal Committee.

"The University Council approved the relocation on November 23 in 2018," Petersen said.

Students had also been calling for the colonial symbol to be removed to reflect the university's transformation trajectory.

The FSPHRA will now issue the university a permit for the dismantling temporary storage and relocation of the statue to the War Museum.

"While we await the issuing of the permit by the FSPHRA, we will now proceed with the necessary arrangements for the relocation of the statue such as appointing a team for the dismantling, temporary storage and re-assembly of the statue at the War Museum and also appointing a heritage architect to oversee the process," Petersen said.

EFF's Mbuyiseni Ndlozi alleges that FW de Klerk had blood on his hands and was not a peacemaker.
News
2 years ago
Next Article