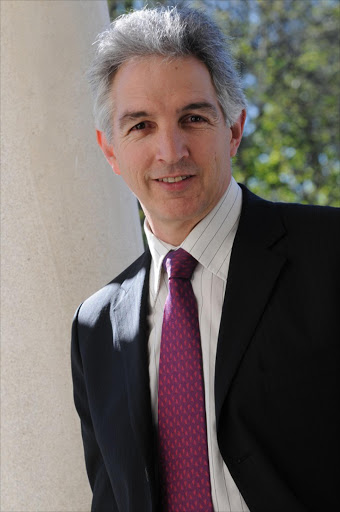 University of Cape Town vice-chancellor Max Price has accused Independent Media chairman Iqbal Surve of using the group’s newspapers to pursue a personal vendetta against him.

Surve has rejected the assertions as “defamatory and slanderous” and demanded a retraction.

Interviewed by former University of the Free State vice-chancellor Jonathan Jansen‚ Price said Surve used the Cape Times‚ in particular‚ “to present stories about UCT in a way that would discredit its management”.

“I believe he’s been a direct agent in this battle‚” Price told Jansen‚ who spoke to the UCT boss for his new book‚ As By Fire‚ published by Tafelberg‚ which explores the roots of the student unrest that began at UCT with the Rhodes Must Fall campaign in 2015.

Jansen interviewed 11 of the university VC’s he felt were most affected by the protests‚ as he attempted to examine the forces driving the youth.

Price told Jansen that he asked Surve to stand down from his positions at the university when he was embroiled in controversy after abruptly firing Alide Dasnois as editor of the Cape Times.

“I went to see him early in 2014 and he was mortally wounded about this‚ and it became an argument‚” he said.

Subsequently‚ said Price‚ Surve reneged on a verbal agreement to step down as chairman of the Graduate School of Business advisory board and as a governor of the UCT foundation.

Then‚ “quite perfect storm like‚ I had invited Alide Dasnois to give a graduation address at the end of 2014. And by absolutely unplanned coincidence‚ it turned out to be the graduation of Iqbal’s daughter and he was present.”

Price said he sent an apology to Surve that night‚ and the businessman replied with a resignation letter and “a tirade about how he was going to react‚ how I was worse than any of the apartheid rulers because I was so dishonest‚ and how the university wasn’t transforming and this was all my fault”.

He added: “From then on it seemed to me as if he waged a campaign to get rid of me and some of it’s been very public and explicit.

“It appears as if he sent a message to the Cape Times in particular ... to present stories about UCT in a way that would discredit its management.”

Price said he believed Surve paid for lawyers who represented Chumani Maxwele‚ the mature student who sparked Rhodes Must Fall when he poured sewage over the Rhodes state on UCT’s middle campus.

“Chumani challenged the suspension orders and disciplinary cases‚ including appealing to court. Each time he had senior counsel arguing the case. And we think (the senior counsel) came from Iqbal because Iqbal approached one of my friends to ask that he act for Chumani.”

Maxwele denied that Surve had paid for his lawyer‚ and said that Price was being “disingenuous” when making such a claim.

Maxwele‚ who is in the final year of his political science studies at UCT‚ said Masuku represented him pro bono because Masuku himself was once a student at UCT and went through “the same experiences that we have been going through at UCT”.

Independent Media and Surve rejected the assertions as untrue.

“We are astounded by this slanderous and unprofessional approach by academics who did not verify the information prior to publication.

“Dr Price’s views as represented in the book are defamatory and slanderous. Independent Media and Dr Survé will instruct its legal advisers to demand a retraction from both parties.

“Furthermore‚ neither Independent Media nor Dr Survé has any relationship with the Rhodes Must Fall campaign and Mr Chumane Maxwele and emphatically deny funding the legal fees of the #RMF campaign or Mr Maxwele as claimed....

“Both Professor Jansen and Dr Price would better serve the country by attending to the lack of transformation at both institutions that they represent.”

Price told Jansen that Surve’s involvement turned what should have been internal disciplinary matters into high-profile court battles.

“(In retrospect) the one thing I would have done differently would have been to counter Iqbal right from the start and put a question mark against the Cape Times reporting.”

Jansen comments in the book that Price’s claims about Surve are “astounding”‚ adding: “What appears to be a highly personalised pursuit of a university vice-chancellor by the owner of a newspaper and his editors and reporters is unusual even by the erratic standards of political reporting in South Africa.”

In a telephone interview with TimesLive‚ Cape Times editor Aneez Salie would not answer questions about whether his publication was under instruction from Surve to report negatively about Price or UCT.

“You’ve got to speak to Iqbal Surve‚ the allegation is not about me it’s about him‚” Salie said before ending the call.

Cape Argus editor Aziz Hartley said he was not aware of any “vendetta” between Surve and Price.

“To claim that I was under instruction to report negatively or critically about UCT and the VC is absolute nonsense‚ amounts to an insult of the integrity of both me‚ the Cape Argus and our readers and is something to which I take strong exception‚” he said.