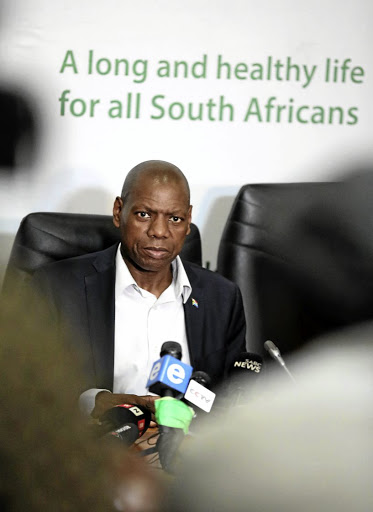 Health minister Dr Zweli Mkhize has detailed measures on how the government will identify Covid-19 hotspots in the country.

This will be part of the country's district-level lockdown as it moves to level 3.

Here is what you need to know about how hotspots are identified, according to Mkhize. Hotspots are areas that have more than five infected people per 100,000, or where the number of infections are increasing at a fast pace.

Presenting to the National Council of Provinces yesterday, Mkhize said districts would be identified in one of the following three ways:

Mkhize said the purpose of identifying hotspots was to be able to take all the measures necessary to control the rise of infections. He added that districts classified as hotspots could remain at level 4 with the intensive implementation of testing and restrictions.

He said if combined actions in hotspots did not contain the spread of infection, the area could return to a hard lockdown. Mkhize said hotspots would be under vigilance and close monitoring, adding that there will be containment measures for people with comorbidities.

As the country gears towards moving down to lockdown alert level 3 on June 1, districts classified as hotspots could return to alert level 4.
News
1 year ago

"We need to make sure there are stringent measures according to each district. We are asking for vigilance and close monitoring in areas identified as hotspots.

"A district-level alert system will help to monitor those who need to take extra caution. Emerging hotspots must be watched vigilantly. We must focus on the emergence of new infections," he said.

Mkhize said teams of experts were in place and they would concentrate on a very small catchment area.

He added that field hospitals would ensure that people with mild symptoms were in quarantine to prevent the spread of the infection.

"Teams of experts will work in hotspots to make sure they look after the health of individuals in those areas.

"Experts will concentrate on a very small catchment area. They will try to keep as many people away from hospitals by getting them treated by teams of general practitioners and nurses." Additional measures in hotspots to contain the spread of the virus, according to Mkhize, would include the opening of routine health services.

As the country gears towards moving down to lockdown level 3 on June 1, districts classified as hotspots could return to level 4.
News
1 year ago

Health minister Zweli Mkhize moved to reassure the nation on Wednesday that the whole country would move to level 3 on June 1 — but warned areas with ...
News
1 year ago

SA must wait longer to hear rules for level 3 lockdown, with just 3 working days to go

A briefing by the national coronavirus command council to provide details on  the regulations governing the anticipated Covid-19 level 3 ...
News
1 year ago
Next Article