‘Will poorer state schools have protective measures in place?’ 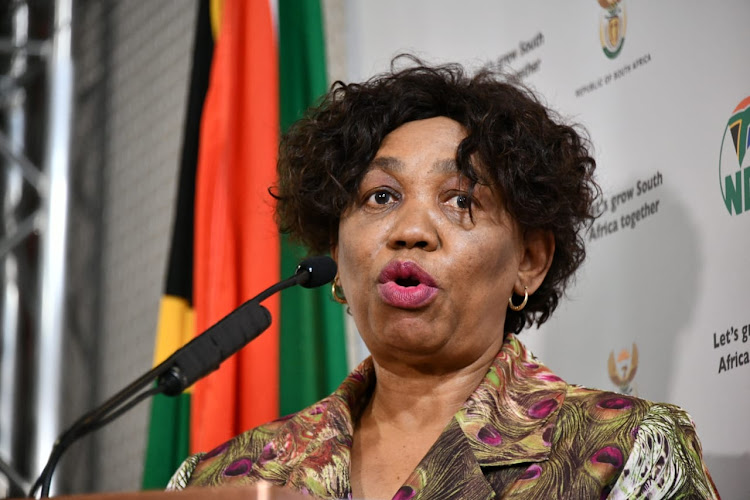 Some parents and school governing body representatives are anxious about protective measures being in place in all areas, after basic education minister Angie Motshekga’s announcement on the resumption of classes for grades 7 and 12 from June 1.

Teachers are expected to return on May 25, to prepare for the class intakes.

“I feel like the timing is not right and it’s not safe for our children. I work remotely from home and my employer is considering my safety, so how do I as a loving parent send my child out to a 'killing monster' out there?” Rosey Jacobs said during an interview on Wednesday.

Jacobs, who has a daughter in grade 7, said the country was at war with “something that is not visible”, therefore it was a risk to reopen schools.

“Children will go out there and get infected and come back and then infect the parents.

“I think government should reconsider its  decision to reopen schools. I would say when it’s safe out there and when we flatten the curve, by all means I will send her to school. Until then, I will not send my child to school,” the mother of three said.

During the briefing on Tuesday evening, Motshekga said the national coronavirus command council and the cabinet had approved the reopening of schools.

She said school halls and tents would be used to ensure that spacing was not a problem.

She said if parents keep their children home, they need to be registered for home schooling.

All pupils and teachers will be screened daily, while surfaces will be sanitised daily, Motshekga said.

She said school structures' surfaces were not contaminated after the schools closed seven weeks ago.

The return dates of the other grades would be gazetted soon, she added.

Why reopen schools? Because school is good for children: Motshekga

The longer schools stay closed, the higher the risk that pupils might never go back, the basic education minister warned on Tuesday.
News
2 years ago

A principal at an Eastern Cape school who asked to remain anonymous said his biggest worry was the broken toilets and the lack of water at the school. Before the nationwide lockdown, the school relied mainly on Jojo tanks.

He said they had also not received any PPEs or sanitiser from the provincial department of education.

“The school hasn’t even been fumigated. We are still where we were when the school was closed during the nationwide lockdown. How can the department expect teachers to return to school when the school is not ready?”

Provincial department of education spokesperson Loyiso Pulumani said all schools in the Eastern Cape would start receiving PPEs and sanitisers from next Monday.

Matakanye Matakanye from the National Association of School Governing Bodies said they met Motshekga on April 26 and raised the “non-negotiable” factors before schools could reopen.

On May 11 during a second meeting, the department informed them that only schools in the Western Cape and Gauteng were ready to reopen.

“Last night [Tuesday] she [Motshekga] didn’t give progress on the rest of the provinces and that concerns us a lot. We don’t know what we are going to say to the parents.”

Matakanye said “rich” schools might have all the necessary safety measures, but their concern was the poorer schools.

“The rich schools are ready because they can buy the sanitisers, the masks and hire people to sanitise the schools. We are worried about the poorest of the poor and the rural [schools] because they don’t have money.”

Paul Colditz of the Federation of Governing Bodies of SA Schools (Fedsas) says they have been inundated with questions from their members.

“We are left with more questions than answers. Our members are worried about the provision of personal protective equipment and water supply among many other things.

“We are not convinced that the provincial government is ready to open schools and receive teachers and learners,” Colditz said.

He said they were still discussing the way forward.

“We need to be reassured by medical experts that it’s safe to let the schools reopen, right now I’m not in an informed position to tell a parent to take their child to school,” he said.

Provincial secretary George Themba said there were  “ questions that need to be answered before our members go back to schools.”

“Since the last circular [from the department], we are not convinced that the department has lived up to their promises because they have opted not to take key stakeholders into confidence about their level of readiness,” said Themba.

Department's plans for staggered schooling gets the thumbs up

The department of basic education is proposing that the school timetable be rearranged to allow different grades to attend classes on alternate days ...
News
2 years ago
Next Article