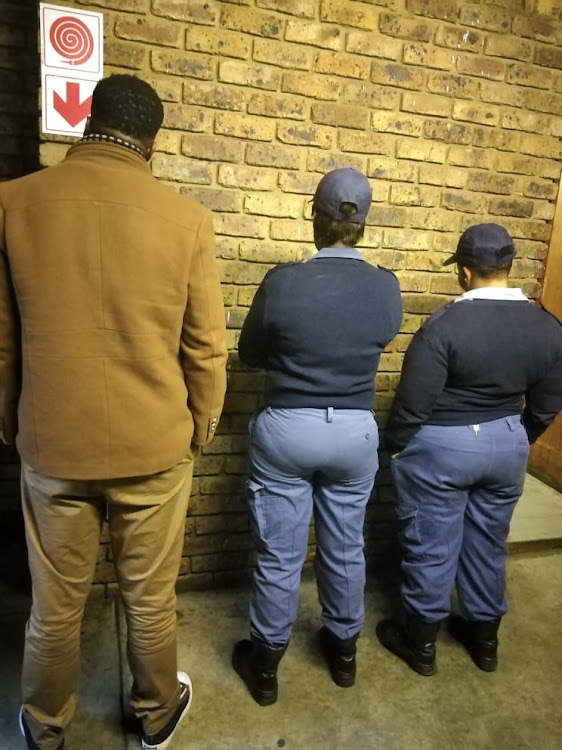 3 of the 5 suspects that were caught with full army and police uniforms who were arrested for impersonation and robberies.
Image: Supplied/SAPS

Police spokesperson Cpt Mavela Masondo said a 25-year-old dreadlocked man was arrested in Heidelberg for impersonating a member of the SANDF and being in possession of stolen property after he was found walking in the CBD wearing full SANDF uniform on Sunday.

“Members of the community found it unusual when they saw the dreadlock man in full army uniform walking along Voortrekker Street and they alerted the police,” Masondo said.

He said after the man was interviewed, police established that he was not a member of the SANDF.

“He was arrested and charged with impersonating a member of the SANDF and possession of suspected stolen property,” he said.

On the same day, a 40-year-old man was arrested after he was found driving a vehicle fitted with red lights and a siren.

“When stopped, the suspect could not produce proof that he is an emergency services employee. As police were searching the car,  they found an unlicensed firearm with ammunition as well as traffic cones belonging to the South African Police Service,” he said. 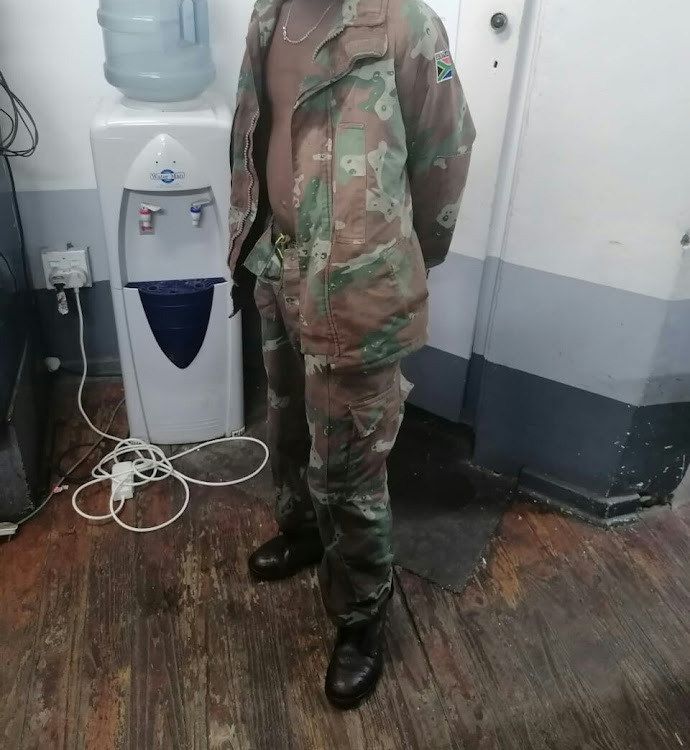 Masondo said they were also arrested for robbery after police received information that the trio had committed common robbery.

“A lookout for the suspects was conducted. A vehicle matching the description given was spotted and stopped in Soshanguve. Upon questioning the occupants, it was established that one female is a former police reservist while the other female and male were just members of the community,” he said.

He said the five would appear in court soon.

“Investigation is under way to establish how the suspects acquired uniforms and property that belongs to the police and the army. Further charges may be added to all the suspects, pending  the investigation,” he said.

Zandspruit man charged for 'walking around' in army jacket

A man who casually walked around in a defence force jacket in Zandspruit, Johannesburg, has been arrested
News
2 years ago
Next Article