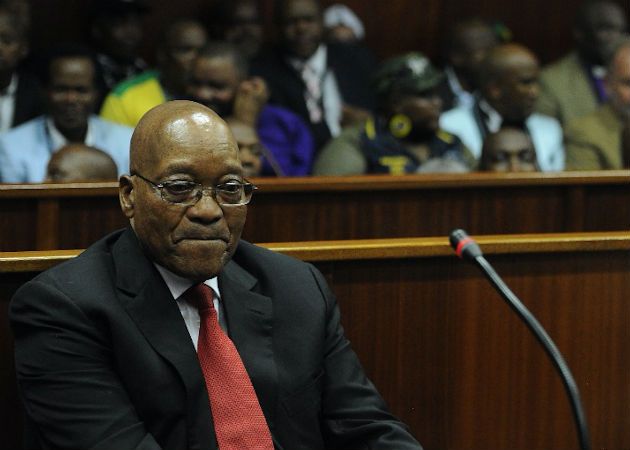 Jacob Zuma's lawyers say he is keen to demonstrate in court that he has never benefited from arms deal corruption or tried to evade trial.
Image: Felix Dlangamandla / Pool

Former president Jacob Zuma's new lawyers have confirmed that he has withdrawn his Constitutional Court appeal, paving the way for him to face corruption charges.

Mabuza Attorneys said in a statement — released via the Jacob G Zuma Foundation — that this “paves the way for him to prepare for the trial and demonstrate that he has never benefited from arms deal corruption or tried to evade the trial”.

“He hopes that his innocence will indeed be demonstrated for all to see,” it added.

Zuma's lawyer Eric Mabuza confirmed that the statement was legitimate and that the appeal had been withdrawn.

Supreme Court of Appeal (SCA) has rejected former president Jacob Zuma’s application to appeal a lower court’s decision that he should stand trial ...
News
1 year ago

Zuma is due back in the Pietermaritzburg high court on May 6.

Mabuza Attorneys said the Constitutional Court accepted the withdrawal of the appeal on Tuesday.

“He [Zuma] appreciates the support he continues to receive from the citizens of the country and expresses his unreserved respect for the judiciary and other relevant state institutions,” the statement read.

“He has always sought to the opportunity to clear his name before the court.”

Zuma fires lawyer and focuses on 'preparation' for trial

Former president Jacob Zuma has fired his defence attorney so that he “can focus more on the preparation” for his corruption trial.
News
1 year ago
Next Article