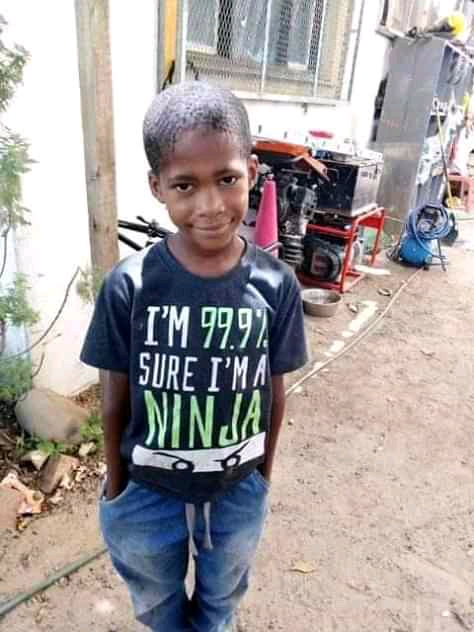 The body of Reagan Gertse was found in Tulbagh on Sunday.
Image: Supplied by family

A 58-year-old man on Tuesday appeared in he Tulbagh magistrate's court in the Cape winelands for the murder of an eight-year-old boy whose body was found in bushes on a river bank at the weekend.

National Prosecuting Authority (NPA) spokesperson Eric Ntabazalila said Jakobus Petoors, who is a parolee, was charged with the kidnapping, rape and murder of Reagan Gertse.

Petoors's court appearance was hampered by angry community members and continuous outbursts from Gertse's emotional family who sat in the court gallery.

“Angry members of the public, including the father of the deceased, attempted to reach the accused while he was on the stand inside the full court. Police and prison warders had to return the accused to the cells more than twice. Some members of the public, including the father and mother of the deceased, had to leave the court before proceedings started as they could not hold back their screams,” said Ntabazalila.

State prosecutor Kezia Lackay had to apply for the matter to be postponed in absentia as the situation in court was too volatile to continue with the accused in the room.

The magistrate granted the request.

Gertse had gone missing at the weekend, allegedly with an older man.

The court heard Petoors had been on parole after being released in November last year.

He was due to be released in 2024, but has since forfeited his right to apply for bail.

“The court was told the department of correctional services would take the accused to  prison, where his parole would be cancelled and he would be released on July 23 2024,” Ntabazalila said.

“His legal aid lawyer, a Mr Byleveld, agreed with magistrate Pieter Klazen that although the accused has not applied for bail now, his application — when he decides to do so — will be unsuccessful as he has breached his parole conditions,” he said.

The murder case was postponed to June 2 to allow for further investigation and for DNA samples to be taken.

The NPA said Petoors’ appearance marked the third one of an accused person charged with murder of a child since February 21.