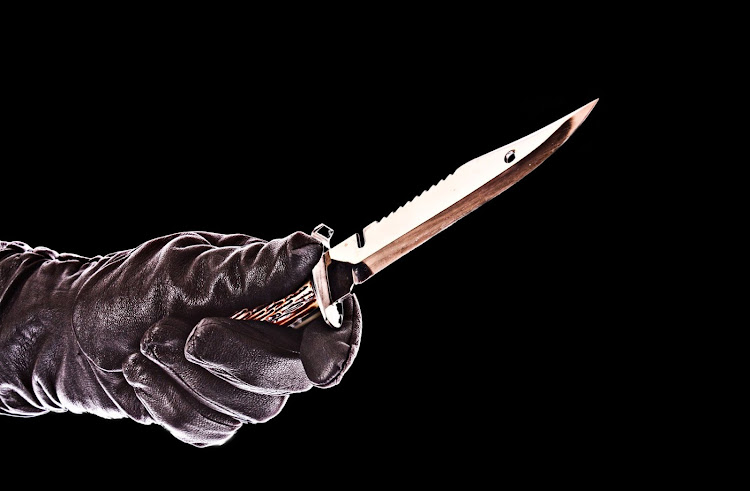 When a man heard a woman screaming for help in Tongaat he went to investigate. When he got to the house he stumbled into a man who was aggressive and pushed him before fleeing in his vehicle. The man has been arrested and charged with murdering his wife.
Image: serezniy/123rf.com

A 28-year-old KwaZulu-Natal man who is accused of stabbing his wife to death will appear soon in the Verulam magistrate's court.

The man was arrested at his parents' home after he fled the scene where his 31-year-old wife of less than three months died.

“It is alleged that on Sunday at 07.25, Tongaat police attended to a complaint of a murder that took place at a residential home on Watsonia Drive. On arrival they discovered that a 31-year-old woman had been stabbed multiple times and was already certified dead by paramedics.

'You killed my sister,' patients hear as doctor beaten to pulp

Patients of a well-known Durban gynaecologist, who was attacked at a private hospital, feared for their lives as a savage assault played out in the ...
News
2 years ago

“A member of the community told the police that he heard the woman screaming for help and went to investigate. When he got to the house he stumbled into a man known to the victim who was aggressive and pushed him before fleeing the scene in his vehicle,” she said.

A manhunt was launched.

“Police instantly activated various role players including surrounding police stations to investigate and trace the suspect. A full description of the vehicle and suspect was issued. Police launched an operation and the suspect was arrested by the rapid response team at his parent’s home in KwaDukuza,” Mbele said.

The man was charged with murder.