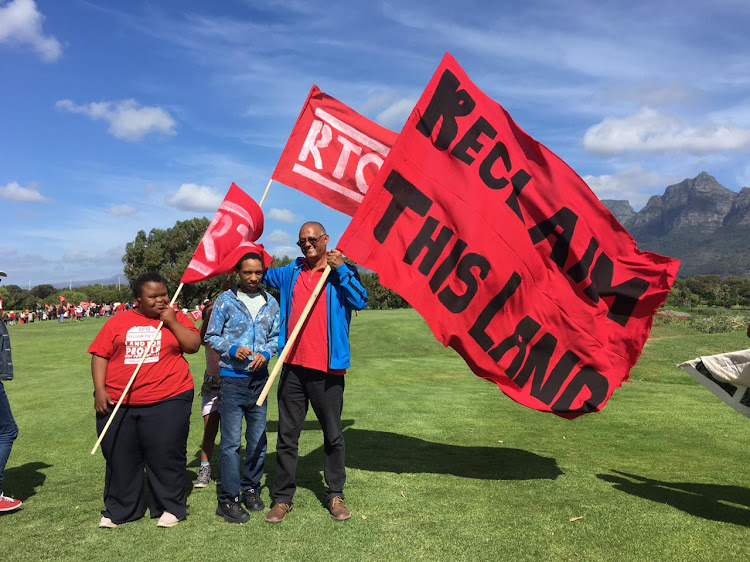 Activist group Reclaim the City said on Saturday that it had again taken over the Rondebosch Golf Course to protest against the City of Cape Town’s failure to redistribute public land for the development of affordable housing.

It said that more than 300 activists from across Cape Town, including Woodstock, Sea Point, the BoKaap and Elsies River, had “peacefully occupied this exclusionary space to demand that the urgent housing needs of the many be prioritised over the enjoyment of the few”.

Housing and community activists disrupted a property auction in Mouille Point, Cape Town, on Tuesday to protest against the eviction of 80-year-old ...
News
2 years ago

Activist organisation NU has launched litigation in the Cape High Court to compel the City of Cape Town to develop a housing policy that would ...
News
2 years ago

The movement occupied the golf course on Human Rights Day last year, demanding that the land be used for affordable housing for poor and working class people. This was after the release of a research report that the movement said exposed how the city was “disposing of the well-located public land that it owns by leasing it to private organisations at vastly discounted amounts for inefficient, exclusive and unsustainable uses”.

In a statement on Saturday, Reclaim the City said: “The city has invited the public to comment on its plans to renew the lease of a piece of prime city-owned land to the Rondebosch Golf Club at a nominal rental of R1,058 per year. The city plans to renew the lease, which dates back to 1937, for an additional 10 years. In the face of the worst housing affordability crisis in the country, the renewal of the lease effectively amounts to the city subsidising a wealthy few at the expense of poor and working-class families that remain locked out of land markets. This is public land, that should be used to address our city’s apartheid legacy.”