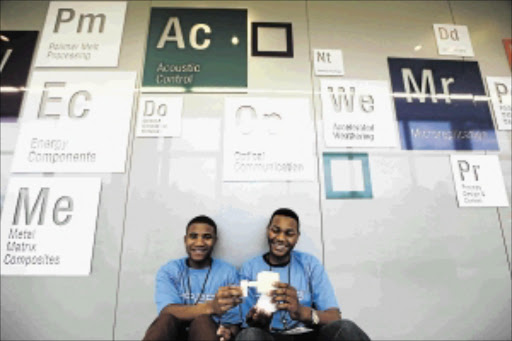 Thamsanqa Hoza's business idea was born at a boarding school in Welkom, Free State, and last month it received the royal seal of approval at Buckingham Palace in England.

Hoza, 19, was one of two young South Africans who were awarded the Queen's Young Leader Award in England.

"The award was to honour and congratulate young people who are doing exceptional work in their community," Hoza said. "This was not only for my innovation but for the community work that I have been part of."

The award was handed to him and another young leader, Siposetu Mbuli, by Queen Elizabeth II on June 26.

"She asked me if I was going to continue with my work and I said 'yes'," he said.

Hoza was awarded for being one of the founders of the innovative Hot Nozzle. The innovation allows people to have access to a hot shower through a battery- or gas-powered portable heater that is energy saving.

Hoza and his business partner Bokamoso Molale conceptualised the idea when they were only 15 years old.

"We are both from Welkom and were sent to boarding school together. As the youngest we had to shower last, which meant that we would only have cold water. This is how the idea was born," he said.