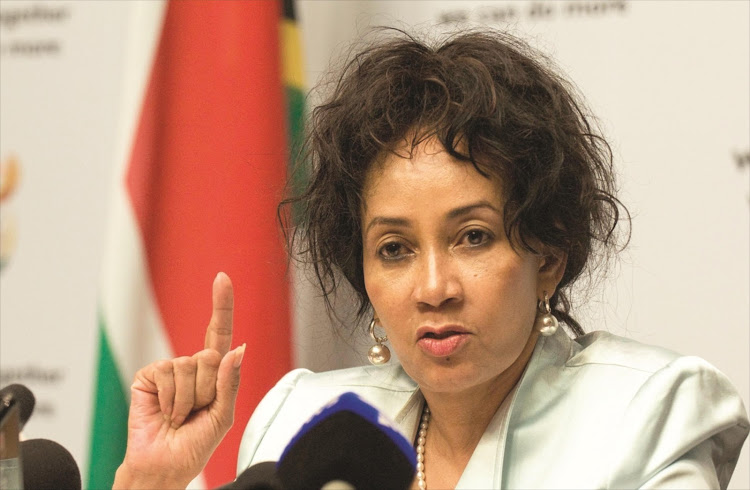 In another desperate attempt to address water shortages, the government has renewed its commitment to the War on Leaks programme.

The programme trains young people to help local governments to reduce non-revenue water (water that is lost before it reaches the consumer) due to malfunctioning infrastructure.

A special joint "MinMec" (ministers and MECs) team recently instructed officials to make sure that the programme was sufficiently funded, to the point where an exit strategy is properly executed.

According to a statement by the department of water and sanitation, priority for the deployment of the trained youths will be given to municipalities with high water losses.

Experts say that with R9bn worth of water being wasted every year through leaks and poor management, there are few resources to ease the threat of a drought that could cripple vast farming regions.

Trevor Balzer, who sits on the presidential economic advisory panel on water and sanitation, and Mike Muller, former director-general of water affairs, said South Africa doesn't need more money to solve the problem, but rather an urgent improvement to the way it manages water.

The MinMec received a joint presentation on drought interventions across the country by the National Disaster Management Centre (NDMC) and the department.

The department has reprioritised more than R600m of its finances towards helping in short-term drought interventions. The National Treasury has also allowed the department to use emergency procurement measures in drought-stricken areas.

Last week, minister of water and sanitation Lindiwe Sisulu visited the Vaal Intervention Project with the aim of assessing and monitoring the progress that has been made by wastewater specialist company, East Rand Water Care Company (Erwat), after it was tasked with unblocking the sewage system, which has caused spillages in the area, including in the Vaal River.

The department of water and sanitation has warned that any resumption of a total shutdown in QwaQwa, Free State, will frustrate government's efforts ...
News
2 years ago

Department spokesperson Sputnik Ratau could not give details on the status of progress so far, saying only that there was still a lot of work to be done in rehabilitating the Vaal River system. "There is still a lot of work - that will entail unblocking pipelines and refurbishing wastewater treatment plants," he said.

Ratau said while there is no deadline for completing the project, it would not take less than three years.

In April 2019, then water and sanitation minister Gugile Nkwinti announced that an implementation protocol to restore infrastructure at the polluted Vaal River system had been signed with Erwat.

The project began in 2018 after raw sewage flowed into the river from pump stations in the Emfuleni municipality on the northern bank of the river, posing environmental and health risks.

“As a wastewater specialist company, Erwat will ensure that all waste water treatment infrastructures are resuscitated to an operational state and that pollution in the Vaal River is stopped,” said Nkwinti at the time.

An amount of R341m was allocated for the project.

SANDF teams were the first to be deployed to the Vaal River in November 2018 to help  with engineering and other expertise to resolve the crisis in the Vaal River system. They will be withdrawing on Friday January 31.

In October, Sisulu sent mixed messages when attempting to allay public fears by saying that while the country was running out of water, the government was on top of the situation.

She told reporters at a media briefing that the government had a master plan to address the country’s growing water crisis - but that it would only be revealed in November, once several issues had been ironed out.

It was during this “public awareness” briefing that Rand Water - the country’s biggest water service provider - revealed that water restrictions were being introduced due to surging consumption, with Gauteng residents consuming nearly triple the daily global average of 173 litres.

“Rainfall is getting harder to predict. The drought season is intense. We are in for a long dry season … We need to immediately begin to disaster-proof South Africa. We can’t alter the climate system but we must do whatever we can to save water,” said Sisulu, adding that the weather would become warmer and dryer in the foreseeable future.

However, she stressed that despite the dire water situation, there was “no need to panic”, and that the public just needed to be “prudent” in their water use.

After a 15-month deployment, the SA National Defence Force team sent to clean up the Vaal River system will withdraw its services on 31 January.
News
2 years ago
Next Article