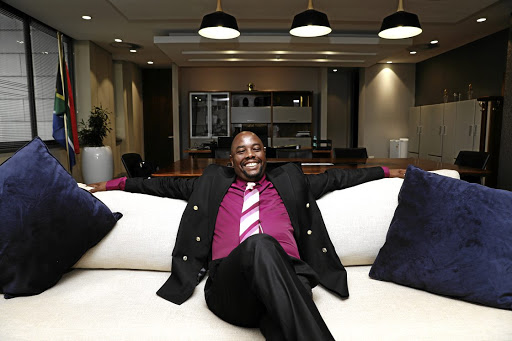 The DA has completed its investigation into the audio clip that threatens to cost Tshwane mayor Stevens Mokgalapa his job.
Image: Sowetan / Mduduzi Ndzingi

The DA investigation has found "no conclusive proof" that Tshwane mayor Stevens Mokgalapa and his former MMC for roads and transport Sheila Senkubuge had sex in the office.

However, the internal investigation has found that Mokgalapa may have breached the party's constitution for casually discussing with Senkubuge plans to fire government officials, referring to the speaker of the metropolitan municipality as a "witch" and taking a BMW X5 belonging to an official for own use.

Sowetan understands the party's federal legal commission found that it was indeed Mokgalapa and Senkubuge in the clip and the discussions they had could be in violation of the constitution. This outcome was revealed during the party's federal executive (fedex) meeting at the weekend.

The legal commission told fedex that it could not come to a "conclusive determination about whether or not there was sexual intercourse" during the meeting between Mokgalapa and Senkubuge.

"It was always going to be difficult to investigate him on the sex thing because it was just sounds that they were making. You can't investigate sounds. So when he was called in he just simply denied. That part of the investigation ended very quickly," said a source.

The insider said on the other charges, "it was always going to be easy to make findings because they can hear him saying those things about the speaker".

Sowetan also understands that fedex chairperson Helen Zille is today going to inform Tshwane councillors about the outcome of the report and decisions that were taken.

The Mokgalapa audio clip embarrassed the DA in Tshwane and brought about instability in the council that saw several motions of no confidence being tabled against the mayor since its leaking.

The meeting was called by the EFF and the ANC to table the motions of no confidence against Mathebe and mayor Stevens Mokgalapa, among others.
News
1 year ago

The mayor has been on special leave since the audio clip surfaced. The fedex executive has now decided to refer the matter to the federal legal commission for further inquiry. Senkubuge resigned from her position citing attempts to vilify her with a purpose of making sure she was not focused on her job.

City Press yesterday reported that the commission further recommended that Mokgalapa was "no longer fit to hold the position of the mayor in the metro". The newspaper said there was a grouping that included DA Gauteng leader John Moodey that were against this recommendation and wanted Mokgalapa to be spared as they believed the party lost "too many black leaders".

Moodey, however, dismissed this as "a lot of hogwash". DA spokesperson Solly Malatsi confirmed that "Fedex resolved that there be an inquiry into the [Mokgalapa] matter".

Mokgalapa said he was not a member of fedex and was not privy to any of its discussions.