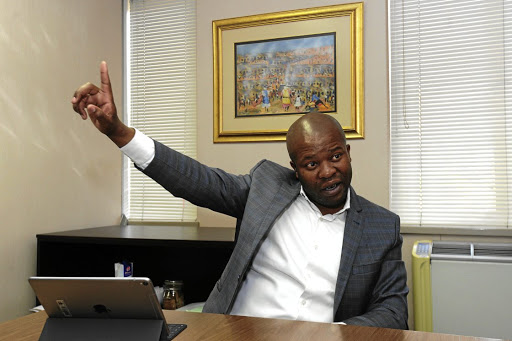 The suspension of Tshwane speaker Katlego Mathebe could lead to a takeover of the city by the ANC.

The ANC has seen this as an opportunity to relaunch motions of no confidence in Mathebe and Tshwane mayor Stevens Mokgalapa that had failed several times.

Maile cited collapse of council meetings under Mathebe's watch where motions of no confidence in Mokgalapa and herself didn't materialise.

Mathebe's suspension will see the acting city manager, Makgorometje Makgata, preside over the next council meeting where the ANC plans to bring motions of no confidence.

Tshwane ANC chairperson, Dr Kgosi Maepa, said they welcomed the intervention by Maile and would be intensifying their plan to remove the DA from power. "We are going ahead with the motions of no confidence," Maepa

Two DA councillors have been suspended without pay by the Gauteng MEC for Human Settlements, Urban Planning and CoGTA Lebogang Maile on Thursday.
News
2 years ago

In Da Gama's case, Maile said he was a "constitutional delinquent" and cited his insistence on seeking a legal opinion on what constituted a majority vote when the council voted in a new City of Johannesburg mayor following Herman Mashaba's resignation.

The DA gave Maile until close of business yesterday to retract its councillor's suspensions, failing which they would go to court.

DA Gauteng provincial leader John Moodey said they had sent Maile an attorney's letter demanding that he retracts the suspension.

"Well, we've already instructed our attorneys to take this matter to court, we believe that it is illegal. We believe that the MEC has overstepped his boundary and authority," said Moodey.

"He cannot just invoke (section) 14.6 on his own, it has to be a council resolution. Therefore we believe there is no other reason but for him to remove the speaker from Tshwane, especially so that they can go ahead with their nefarious motions of no confidence, and the executive mayor."

When approached for comment, Mathebe initially promised to respond but later referred questions to Moodey.

The letter from DA lawyers to Maile from Minde Schapiro & Smith details that the section of the code of conduct for councillors he used does not allow him to suspend but only to investigate per a request from the council.

However, Maile told Sowetan that he had no intentions of "retracting anything" and that his decision to suspend the two councillors stood.

More than 200 people who invaded flats in the municipal social housing projects in Mamelodi East are refusing to vacate the building despite last ...
News
2 years ago

Mogale City mayor Naga Patrick Lipudi died on Sunday morning after a short illness at the age of 59. He was admitted to Helen Joseph Hospital on ...
News
2 years ago

The Democratic Alliance on Monday shot down a move by the Gauteng human settlements and co-operative governance MEC, Lebogang Maile to place the ...
News
2 years ago
Next Article