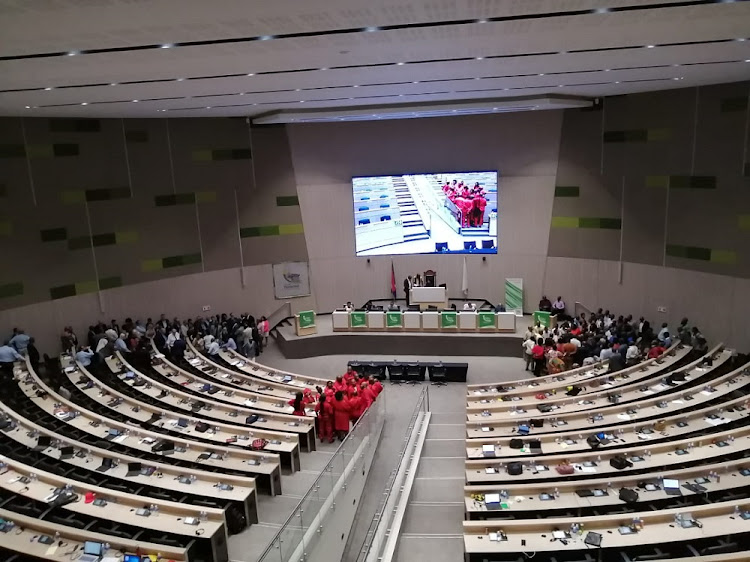 The ANC and the EFF staged a walkout from a special council meeting after speaker Katlego Mathebe refused to recuse herself or allow them to determine the sequence of items on the agenda.

The meeting was called by the EFF and the ANC to table the motions of no confidence against Mathebe and mayor Stevens Mokgalapa, among others.

Following an hour long caucus break following a very chaotic start, EFF leader in council Moafrika Mabogaone and ANC chief whip Aaron Maluleka told Mathebe that they would be writing to the department of department of cooperative governance and traditional affairs (cogta) in the province and nationally about her conduct.

Mabogaone said they were left with no other option, but to leave the meeting because Mathebe didn't want to listen to them.

Maluleka said they were leaving the meeting because they were "aggrieved" with Mathebe being partisan and going against the rules.

"You want to protect your position even though you're the minority in council. We will find other avenues, we will write to cogta MEC and the minister," Maluleka said.

ANC and EFF councillors broke into a song after speaker Katlego Mathebe asked an EFF councillor to leave the chambers in a which a special council ...
News
2 years ago
Next Article