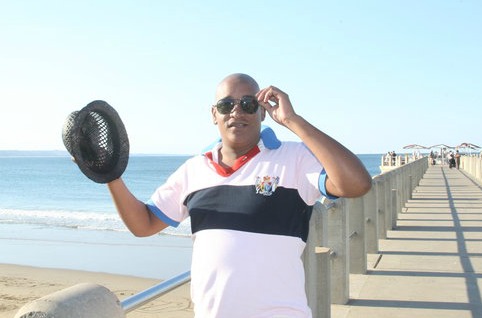 He said the radio host was rushed to hospital on Thursday morning and died later that day.

“He died from natural causes. The family plans to bury him next week Saturday,” he said.

Fans have flooded social media with tributes to the star.

Chilli M has passed??? OMG, I grew up listening to that dude while he was still on the real @Yfm back in the days. He was a radio legend, not a perfect one but a DAMN Great one. Rest easy Daddy Osebenzile ?? #RIPChilliM pic.twitter.com/Xjs49I7qZr

Rip Daddy ?I was such a huge fan of him and Dineo's show on Yfm ?

Just heard the devastating news that Chilli M, Vukani is no more. This is so sad man! Eish

Chilli M was left heartbroken by the death of his daughter, Nkanyezi, in 2015. She was killed in a car accident while returning from a family holiday.

He was axed by Ukhozi FM in 2016 after he admitted to taking a bribe from an aspiring kwaito group, later saying he did so because he had been having money problems since the death of his daughter.

“Every company has its own policies. I went against SABC policy and I paid the price. I was tempted because I had lost my daughter and was in financial distress‚” he told Daily Sun.

This decade was a hard pill to swallow as SA lost many prominent people.
News
2 years ago

Seasoned radio personality Xolani Gwala has died, his family confirmed on 702 on Friday morning.
News
2 years ago
Next Article