Family says hostage photographer Shiraaz Mohamed is back in SA 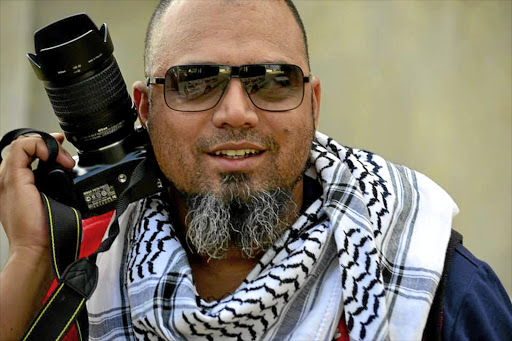 Shiraaz Mohamed is reportedly back in the country after being abducted in Syria three years ago.
Image: SUPPLIED

Communication from Shiraaz Mohamed’s family has confirmed reports that the South African photojournalist is back in the country.

“Owing to his recent circumstances, he and our family are requesting that we be given some space," they said in a statement. "In due course and soon, we will issue a statement and engage with the media.”

Mohamed was taken hostage on January 10 2017 in Darkoush, Syria. He had gone on his own accord as a photojournalist to capture the suffering of the Syrian people.

Mohamed reportedly escaped from his captors three weeks ago.

Shiraaz Mohamed back home after escape from Syria: source

The South African photojournalist kidnapped in Syria by Islamic State three years ago returned home on Thursday with the help of Turkey's ...
News
2 years ago

The mother of SA photographer Shiraaz Mohamed has accused Gift of the Givers of putting his life in danger by sharing details of his escape ...
News
2 years ago
Next Article