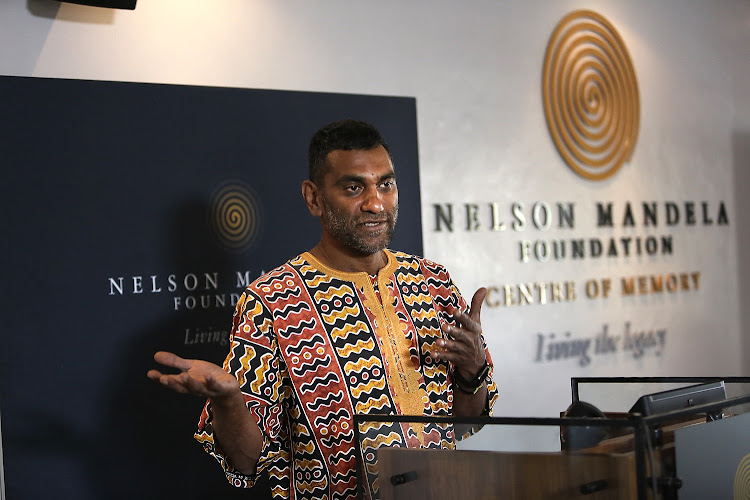 SA-born human rights activist Kumi Naidoo stepped down as secretary-general of Amnesty International due to health concerns on Thursday.

His resignation was accepted and he was expected to hand over his responsibilities on the same day.

“I have long considered Amnesty International as one of humanity's most important global assets, and it is with a heavy heart that I have taken the decision to step down from my position,” he said in a statement.

Naidoo took the decision to step down after medical advice after a pre-existing medical condition worsened in recent months.

“It has been a huge privilege to have worked with our excellent and committed staff and volunteers at the international secretariat as well as with our sections. I have been inspired by the important and courageous work being done by our movement.

“But due to my health, I have no choice but to take this painful decision and step down. I need to recover my health and figure out a more sustainable way to continue to contribute to the struggle for justice in the future.”

Naidoo will hand over his responsibilities to deputy secretary-general Julie Verhaar until a replacement is recruited.

“It is with reluctance, but understanding, that we have accepted Kumi’s resignation. During his tenure as secretary-general he has shown true leadership helping us shape our next global strategy and ensuring that we can meet the human rights challenges facing the world,” said Sarah Beamish, chair of Amnesty International’s international board.

Naidoo has been outspoken about injustice and, speaking at the announcement of his appointment last year, said the lack of prosecution and compensation for the Marikana massacre was a “pathetic failure” on the part of the SA government.

Naidoo became the first African head of Greenpeace in 2009.

The lack of prosecutions and decent reparations for the Marikana massacre was a “pathetic failure”.
News
2 years ago
Next Article