Two crewmen in round the world yacht race evacuated off Durban 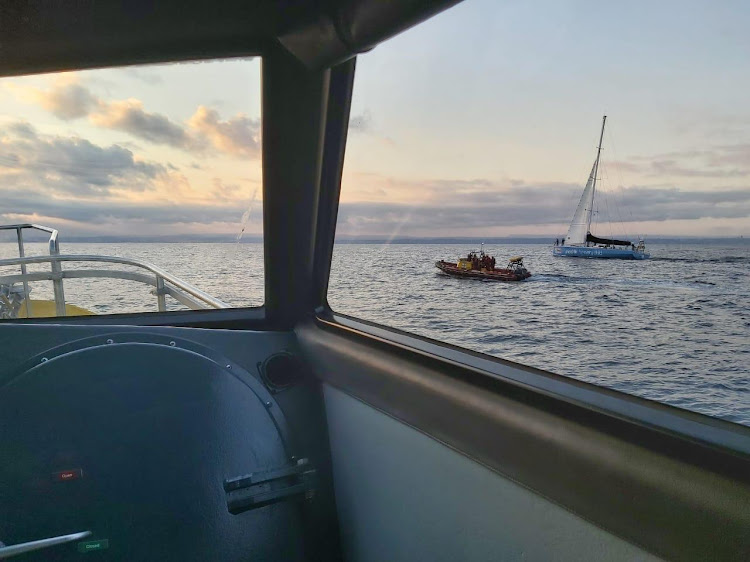 Two crewmen were evacuated from the yacht Unicef, taking part in the Clipper Round the World Race. They both needed medical attention.
Image: NSRI

Two yacht crewmen participating in the Clipper Round the World Race were evacuated from their vessel in Durban on Tuesday after they both needed medical attention.

“Two males were taken off the yacht and transported to hospital by Netcare 911 ambulance services.”

Two ill crewmen had to be evacuated from ships and ferried by sea rescue craft to Cape Town for treatment on Saturday, the National Sea Rescue ...
News
1 year ago

One had suffered a medical emergency while the other sustained an injury during the race.

“NSRI Durban duty crew were initially placed on alert on Saturday when the yacht was diverted from 600 nautical miles offshore to head to the nearest port, Durban,” he said.

Wienand said both men were in a stable condition.

“The yacht replenished while in port before rejoining the race,” he added.

NSRI goes to aid of stricken catamaran south of Durban

A National Sea Rescue Institute crew stationed at Durban had to go to the aid of a stricken catamaran about 20 nautical miles south of the ...
News
5 years ago

A Chinese boat that ran into a coral reef in the southwestern Philippines held evidence of even more environmental destruction inside: more than ...
News
8 years ago
Next Article