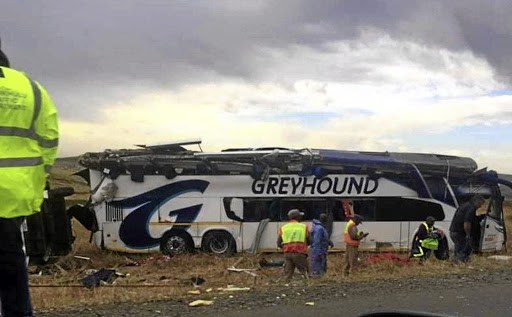 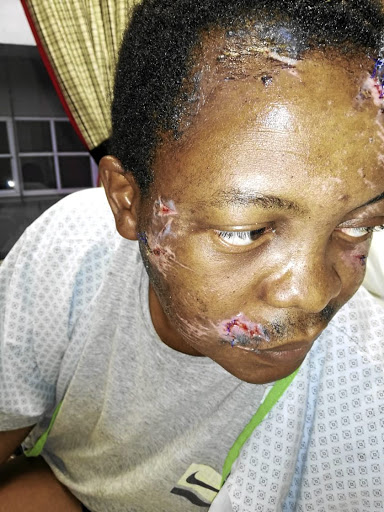 A group of passengers who were travelling in a Greyhound bus from Johannesburg to Mthatha, Eastern Cape, have accused the bus company of being arrogant after they lost their valuables.

On November 2, five people were killed and 42 others injured when the Greyhound bus lost control near Rietvlei outside Kokstad.

Passengers claim they lost valuables such as laptops, tablets, smartphones and also had to pay exorbitant amounts for medical costs but the bus company is playing hide and seek with them when they are supposed to claim for the lost goods.

Zukisani Ntonga, 37, who was travelling with his wife Sisanda, 33, said they both lost their smartphones. "Greyhound has been very cocky about the accident. We have tried to claim for the lost phones but it is not willing to reimburse us.

"There is no where it talks about what will happen should its buses be involved in an accident. We did not deliberately lose our belongings but it refuses to be accountable of the accident," Ntonga said.

He said he has not been to work since the accident as he is still experiencing pains and is not coping as a result of the trauma.

Three people were arrested after drugs with an estimated value of R3.4m were found on a bus in Upington, Northern Cape, the Hawks said.
News
3 years ago

"I am still traumatised by the events of that day and I was one of the people who was thrown outside the bus. I remember calling out my wife's name and when she couldn't respond I started panicking. It was only when I saw her coming from the aircon window unit in the bus [that I was relieved]. Is this the way Greyhound treats its passengers or they just don't care about their wellbeing," he said.

Another passenger, Dr Simon Tshabalala, 40, said he has had to pay more than R40,000 for medical bills. "I lost my laptop and my tablet as well, which are my work tools. My medical bills are piling up and I still need to go for occupational therapy but Greyhound does not want to account for what happened," Tshabalala said.

"I can't drive myself around because my fingers were injured during the accident but the company is hiding behind its terms and conditions, which do not state what will happen in case its bus is involved in an accident. I am very disappointed at the way Greyhound has dealt with us, we are just being sent from pillar to post."

Jasen Smallbone, operations executive of Unitrans passenger, a company that runs Greyhound, said it has been in contact with all the passengers that travelled on the bus and has also informed them on the process for any claims.