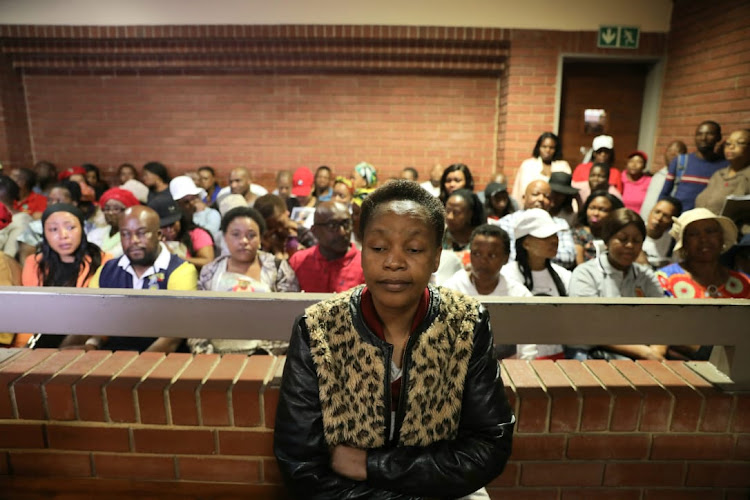 The parents of a Daveyton, East Rand, toddler who was allegedly killed by his nanny are hoping that she will be denied bail. Mannana Celinah Tsabane appeared in the Benoni magistrate's court on Wednesday where  she stands accused of murdering toddler Langelihle Mnguni at his Daveyton home last month.

Her matter was postponed until Friday, November 8, when she is expected to submit a formal bail application.  “We have been struggling to come to terms with what happened. I sometimes expect to hear the sound of my baby’s laugh in the house, but then quickly remember that he was taken away from me,” said the child's mother Lerato Mnguni.

She was speaking to the media outside court moments after the matter was adjourned. “It hurts because this is the person we trusted. She was also like Lihle’s mother because she started taking care of him since the age of two months. It feels like my heart was ripped out of my body,” she said.

Dozens of Daveyton community members gathered at the court to support the family. Lesego Simelane told  Sowetan that the community was shocked by the news of the toddler’s murder.  “As a community, we are busy fighting gender-based violence, specifically against women, then a woman decides to murder a helpless toddler. This is not right and we hope the court does not give her bail,” Simelane said.

A 23-year-old KZN woman who allegedly assaulted and strangled a three-month-old baby girl was arrested on Thursday.
News
2 years ago
Next Article