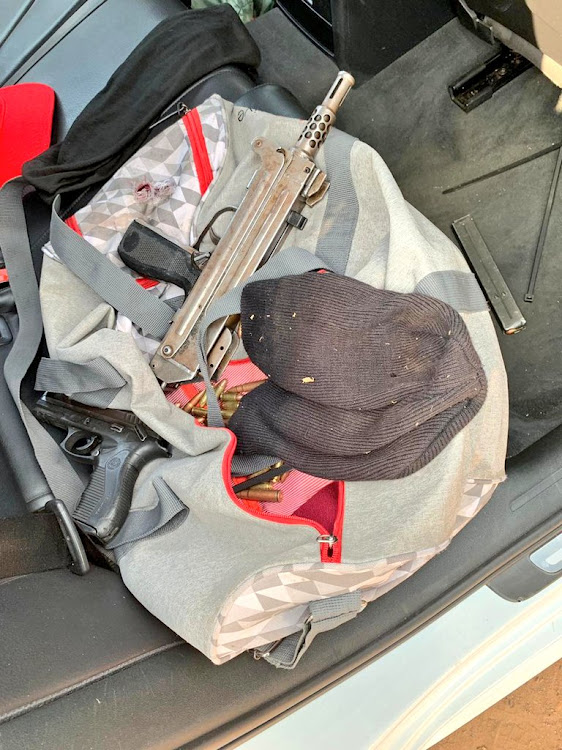 JMPD spokesperson Wayne Minnaar said the department's undercover officers drove past a shisanyama at Dorado Avenue in Amalgam at 3pm and noticed a suspicious vehicle.

The officers made a U-turn and approached the occupants of the vehicles. The suspects then opened fire on the officers before fleeing on foot and leaving the car with the firearms inside.

Minnaar said the officers shot once, ensuring that they did not shoot innocent bystanders.

No one was injured during the shoot-out, but there was a bullet hole in the undercover officers' vehicle.

Minnaar said the Audi was hijacked in Langlaagte last Friday.

Three police officers from the Eastern Cape have died in three days.
News
2 years ago

Mpumalanga police commissioner Lt-Gen Mondli Zuma is worried about the growing amount of gender-based violence crimes in the province.
News
2 years ago
Next Article