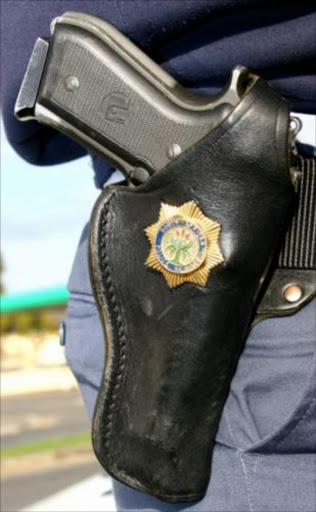 Three Eastern Cape police officers have been killed since the start of the month. File photo
Image: Gallo Images

Three police officers from the Eastern Cape have died in three days.

In the most recent incident, a 47-year-old police officer with almost two decades of experience was found murdered in his vehicle, said police spokesperson Col Brenda Muridili.

"On October 14 2019, the body of Capt Mzikayise Kelemane, aged 47, was found by a community member in the fields near Addo Road in Port Elizabeth. He was found in his bakkie with a bullet wound to his head," said Muridili.

She said the officer was attached to crime intelligence in Port Elizabeth.

"His wife had reported him missing at the police station the day before his body was discovered. A case of murder is being investigated by the Directorate for Priority Crime Investigation to determine the circumstances that led to the captain’s death and to trace the perpetrators," said Muridili.

On the same day, a female officer died following an attack on her vehicle two weeks earlier.

"On October 1, Sgt Pathiswa Mhlola had just left her workplace, Libode police station, near Mthatha. She was driving home with a family member when her vehicle was blocked by a bakkie and the occupants started shooting at her vehicle. The member was shot several times on her upper body," said Muridili.

"She was rushed to hospital and on October 14 2019, succumbed to her injuries."

Her relative escaped unharmed. Police are investigating a case of murder and attempted murder.

Their deaths came just two days after an officer was murdered on October 12 in Mthatha. He was off duty at the time.

"Const Thobani Sitolo, aged 34, who had been attached to Mthatha public order police, was shot and killed by unknown assailants who were trying to steal a vehicle belonging to the member’s friend. The constable and his friend caught the suspects red-handed at Lewies Road in Mthatha and, without a word, the suspects fired at both of them," said Muridili.

"The constable, who had been in the service 11 years, succumbed to his injuries while his friend was taken to hospital. The police are investigating cases of murder and attempted murder."

Police officer dies, constable critical after being shot outside tavern

A police officer with 32 years’ service in the force died after being shot in the head outside a tavern in Mfuleni, Cape Town, on Sunday night.
News
2 years ago
Next Article