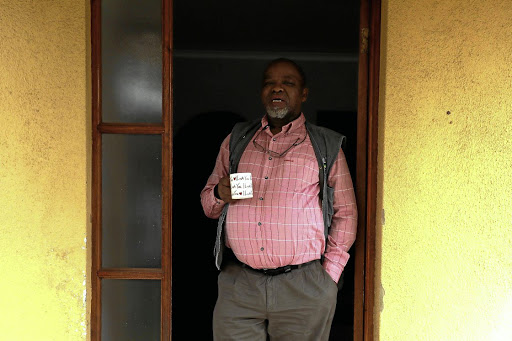 The SA National Editors’ Forum (Sanef) has called on minerals and energy minister Gwede Mantashe to verify under oath whether he bribed journalists to bury a story.

This after Mantashe on Tuesday denied bribing Sunday World journalists to destroy a story about an alleged extra-marital affair.

In a story published by the newspaper at the weekend, Mantashe was quoted as saying he paid two journalists a total of R70,000.

“It is unacceptable to us that any South African, and especially a sitting cabinet minister, would bribe journalists to quash a story about them.

“We eagerly await the truth to emerge and Sanef believes that it is imperative that you verify — under oath — which version of events is, in fact, correct and why you have made two contradictory statements,” Sanef’s executive director, Kate Skinner, said in an open letter to Mantashe on Tuesday.

Skinner said Sanef would be writing to President Cyril Ramaphosa to express its “deep concerns” about the claims made against Mantashe by the journalists.

Sanef would also write to retired judge Kathleen Satchwell, who is chairing an independent inquiry into media ethics and credibility, to ask for further investigation into the matter.

“We believe that 'paid for', or what is known as 'brown envelope' journalism, is gutter journalism and goes against the ethics we hold dear.

“This dastardly practice fundamentally undermines our constitutional principles of freedom of expression, access to information and freedom of the media.”

Sunday World editor Makhudu Sefara said the matter would be investigated and the journalists fired should evidence against them be found.

It's a disgrace that mineral resources and energy minister Gwede Mantashe sees nothing wrong in being involved in a criminal activity.
Opinion
2 years ago
Next Article