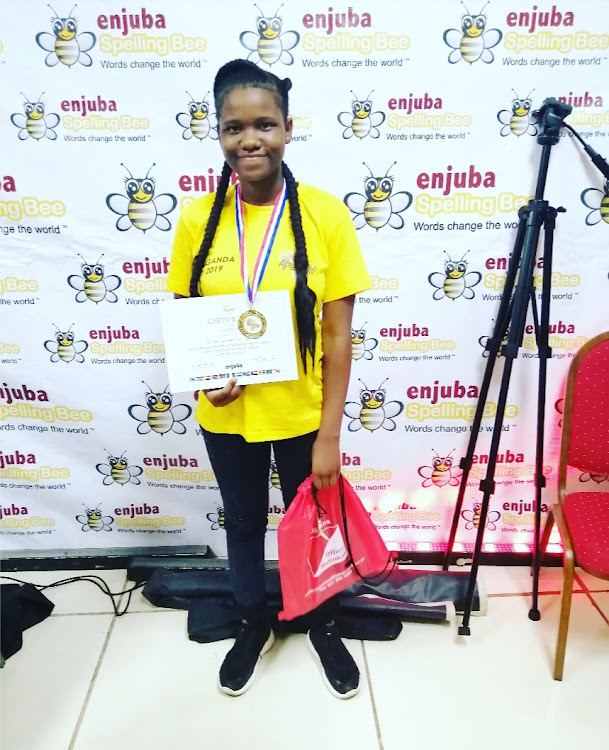 Although she did not win the overall competition Hlulani was awarded a certificate of participation.

The 14-year-old from Limpopo made her family and village proud after representing South Africa in the competition last year but was left disappointed after she was placed in the wrong age group. This year she was in the 14-18 year age group.

Her mother Tinyiko Baloyi initially told SowetanLIVE that her daughter was very excited to visit the U.S next year, but this has since been corrected that the winner is Francis Mwansa from Zambia.

“We only spoke over WhatsApp but I’m sure she’ll tell me everything when she comes back home today [Monday],” she said.

Hlulani’s mom said it has been a difficult journey leading up to the Uganda competition because they had to raise funds to have her eldest daughter accompany Hlulani for moral support.

“A good Samaritan put the story on Facebook and lots of people donated up to R10,000,” she said.

In an interview with SowetanLIVE before her trip, Hlulani said she would use her challenges in the 2018 competition to come back stronger.

“I learned a lot in that competition even though I was put into the wrong age group. I am now prepared to study hard and have the confidence to try again this year,” she said.

Hlulani, who is now in grade 8 at Nyukani Education Centre in Giyani, said she spent her winter school holidays prepararing for the competition.

“I’ve been reading through the dictionary to find new words and I’ve been using last year’s words from the 14-18 competition to prepare,” she said.

This story has been updated to reflect that Hlulani Baloyi is not the African Spelling Bee Champion and that she will not be travelling to the U.S to represent the continent as initially reported. SowetanLIVE regrets the error.

Young spelling bee champ will once again represent South Africa in the Africa Spelling Bee Competition after being put into the wrong age group last ...
News
2 years ago

Hlulani Malungani became the talk of the town after becoming one of the national top achievers in matric despite becoming blind in grade 10.
News
2 years ago
Next Article