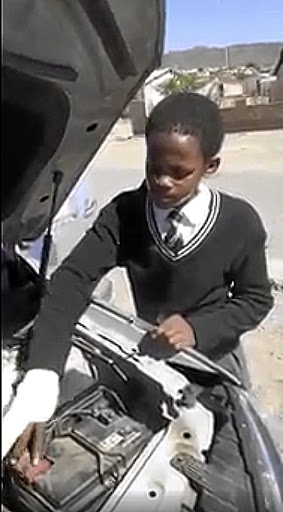 Kamvelihle Pinini (15) started fixing cars from the age of six.

So popular is Kamvelihle for his skills in Dongwe township, Whittlesea in the Eastern Cape, that when TV star Andrea Dondolo's car got stuck near his school, a teacher rushed to his class to ask him to look at the car.

The Tuesday events have now made the grade 9 pupil at Ekuphumleni Senior Secondary School an overnight social media star. Kamvelihle, who learnt to fix cars by helping his uncle from when he was only six, had Dondolo's Chevrolet Captiva SUV running in less than an hour.

"I was in class when I was asked to come fix someone's car which was outside my school. The car could not start and I opened the bonnet to see what the problem was.

"It took me about 30 minutes to see the problem. They had poured wheel bearing grease on the battery, which led to electricity shortage... which is why the car stopped running and would not start again," explained the young mechanic.

He said after cleaning the grease off the battery, the car car started.

"I spend my free time fixing cars and some people bring their cars to me for service."

Kamvelihle said he helped his parents with the money he gets from his clients. He said he also buys himself and his two younger siblings school items and clothes. 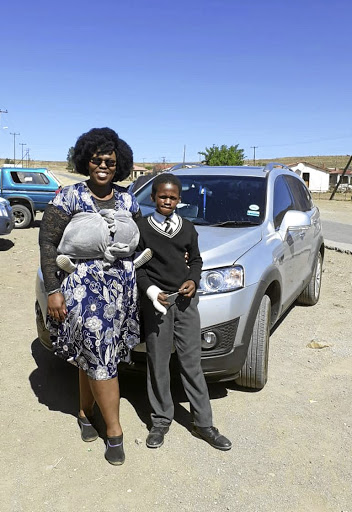 His social science teacher Nomzabalazo Dondolo, who is Andrea's cousin, described him as a quiet boy: "It is a pity that we don't have mechanical engineering [course] here at school so that we can develop his talent further. Every weekend he is always busy helping his uncle and he has already made a name for himself as the 'little mechanic'."

Dondolo said when her car experienced problems, she learnt that it was out of warranty and had to be towed to either East London or PE.

Dondolo said after she dropped off her nephew at school, she had an errand to run for her sister in Dongwe when the car wouldn't start.

"It stopped next to the school and I was panicking as I was getting late for my 10am motivational talk at another school.

"With Chevrolet phasing out in SA, it meant that I could not have my car towed to Komani, which is the nearest town. It had to be towed to East London or PE. One of the teachers at school said he will bring me a mechanic while I am still waiting for the tow truck [and the rest is history]," she said.

Social media user Connie Sandile Rawu said: "The boy had also serviced my car... [and] I was looking down on him."

A 13-year-old grade 7 pupil has developed a low-dust chalk, which could save teachers from catching respiratory diseases like asthma, using egg ...
News
2 years ago
Next Article