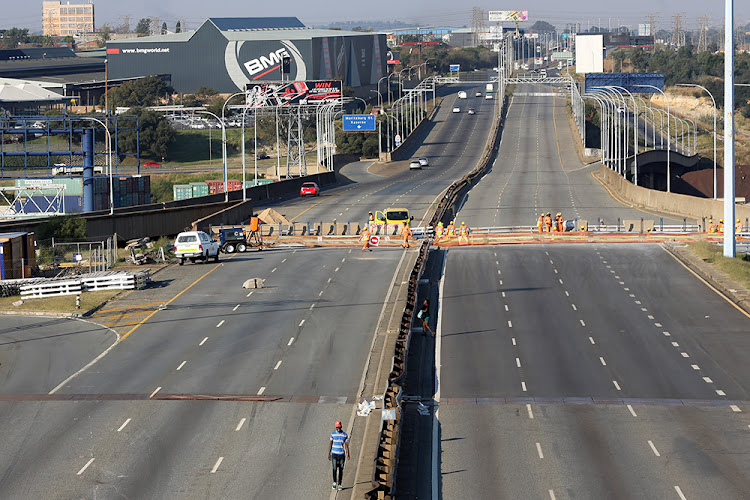 The newly refurbished M2 will be reopened to traffic on November 4.
Image: Thapelo Morebudi / Sunday Times

The refurbished M2 highway in Johannesburg will be reopened to commuters on November 4, mayor Herman Mashaba announced this week.

The highway, which was closed to traffic at the end of February, cost the city close to R160m to refurbish. The M2 is one of the city's main motorways and links the N3 and M1 with the city and the western parts of Johannesburg.

Since February 28, the average 12,000 motorists who had been using the motorway during the morning and evening peak-hour periods have had to find a new way to get to and from work.

Mashaba said the repair work on the closed section of the M2 will be completed on October 30 2019, as planned.

In August 2018, the Johannesburg Roads Agency (JRA) started the R158m emergency repairs to sections of the motorway after an assessment revealed that the structural integrity of the concrete elements was severely reduced.

Mashaba said the closure of the highway had caused major inconvenience to businesses and residents alike, but he had to take the decision to shut down the M2 in order to protect the lives of residents.

"I stood on that bridge, I felt the vibrations, and I saw first-hand the cracks in the supporting structures. There is no doubt that this was a life-saving and very necessary decision," Mashaba said. 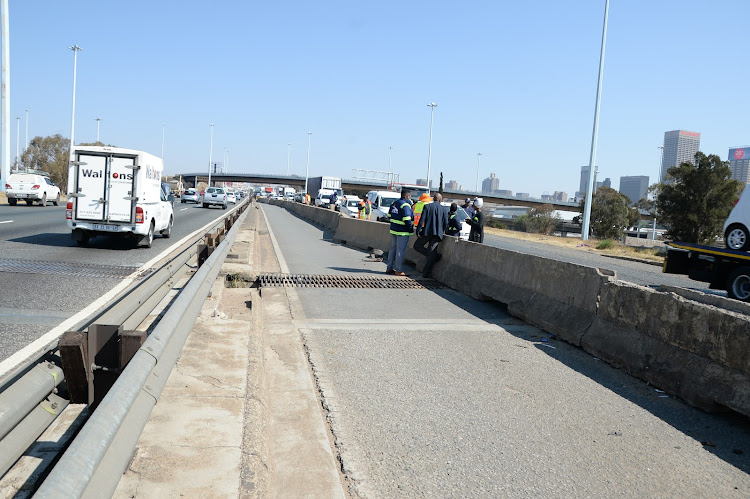 The M2 highway, which was closed to traffic at the end of February and cost the city close to R160m to refurbish, will be reopened to commuters next month.
Image: Supplied

He said the condition of roads across the city have been a matter of concern.

"If the rehabilitation was not carried out soon and the section of bridge collapsed, the M2 motorway would have been closed to traffic and the congestion on roads around and in the inner city would have dramatically increased," he said.

Mashaba said a mere 6% of the more than 900 bridges in the city were in good condition.

He said when he took office in 2016, he discovered a shocking R170bn infrastructure backlog, which included the road network.

Four months ago, Johannesburg Roads Agency spokesperson Zoleka Jika said a quarter of the work had already been done since the bridge between Crown Interchange and Maritzburg Street was closed in February.

At the time she said the demolition of the failed bridge structural elements was 90% complete, and the installation of a screw-jack system at Selby bridge had been completed.

Jika said the removal of the blacktop paving to allow for further drainage investigation was under way.

Jika said Stefanutti Stocks were appointed to work on the bridge.

The scope of work included:

The highway closure has affected businesses in the CBD, particularly banks which have had to beef up security measures.

Absa spokesperson Phumza Macanda said the bank had substantially increased the number of security guards around the CBD.

"The closure increased congestion within the CBD as it forced our colleagues to use roads in the CBD. As a result, they found themselves being stuck in traffic, which was an opportunity for criminals. We observed an increase in the number of smash-and-grab incidents and attempted hijackings reported by colleagues," Macanda said.

M1 bridge refurbishment to be completed by the end of August

Johannesburg mayor Herman Mashaba announced on Wednesday that the M1 Double Decker Bridge refurbishment would be completed ahead of schedule.
News
2 years ago
Next Article