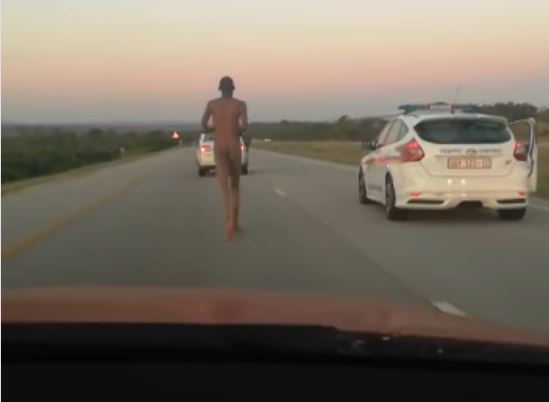 The mentally ill man was taken to a hospital in Port Elizabeth.
Image: Screengrab from Facebook video

Eastern Cape metro police got more than they bargained for when they had to run after and catch a naked man on the N2 in the Eastern Cape.

“We are compelled to arrest people, because nobody is allowed to be walking on the freeway. It is even more dangerous when you see a mentally disturbed person.

“The fact that he was naked is what caught the attention of our officers, compelling them to act.”

Binqose said the man was handed over to the Kinkelbos police and later taken to a nearby mental hospital, where he will remain until his relatives are found.