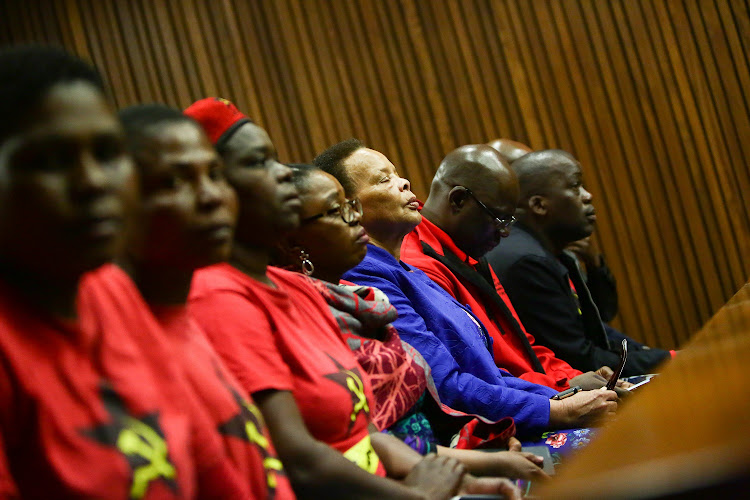 Lawyers for Janusz Walus, the murderer of SA Communist Party leader Chris Hani, asked the high court in Pretoria on Monday to set aside then justice minister Michael Masutha's decision in January this year to deny him parole.

In his decision on January 16, Masutha said: "Having considered the various reports of psychologists and the apparent contradictions arising therein, it was difficult for me to make a determination on the suitability for placement on parole at this stage."

Walus's lawyer, Roelof du Plessis SC, on Monday took issue at how, despite the majority of the parole board agreeing that Walus be granted parole last year, the chairman of the board gave reasons why he should not be granted parole.

The chairman said Walus must be referred to anger management and life skills programmes, that he must undergo a restorative justice programme and that he still rationalised his decision to murder Hani as justified.

Du Plessis said these issues had been addressed in a report by psychologist Joel Mbele, who acknowledged that Walus felt shame, regret and grief for killing Hani, who was a human being and a father.

Mvundla was a born leader, says minister
News
2 years ago

Du Plessis said Mbele had also indicated in his report that the risk of Walus reoffending was low.

Walus and right-wing politician Clive Derby-Lewis were sentenced to death for the murder of Hani outside his home in Boksburg on April 10, 1993. Their sentences were later commuted to life imprisonment. Derby-Lewis was granted medical parole in 2015 and died the following year of cancer.

This was not the first time Masutha has denied Walus parole.

In November 2017, Masutha denied Walus parole because, among other reasons, a psychologist's report showed the killer saw nothing wrong with eliminating a communist who happened to be a father and husband.

Walus challenged the minister's decision in the high court.

In its September 2018 decision, the court gave Masutha six months to reconsider his decision.

The minister of justice is opposing the application while the SACP and Hani's wife. Limpho, who was present in court, indicated they will abide by the court's decision.