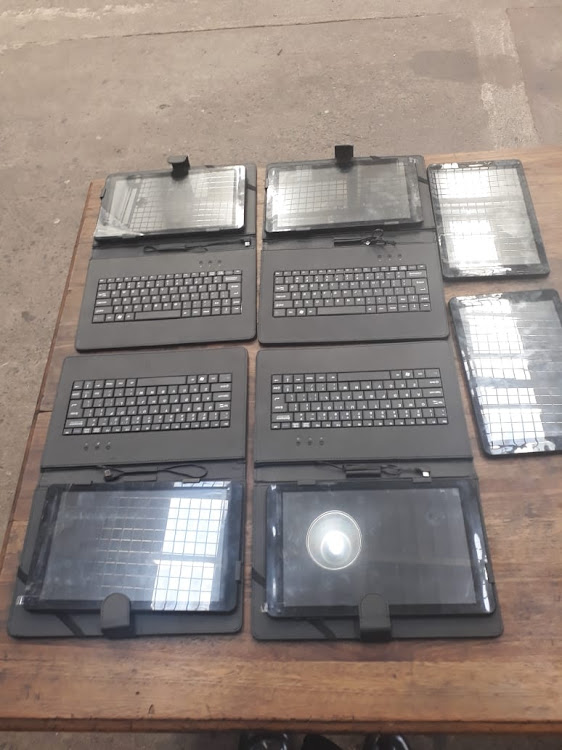 A security guard was arrested after tablets were stolen from the school during the recent holidays.
Image: SAPS

KwaZulu-Natal police charged a security guard who had been assigned to protect a school on the south coast after they found tablets which had gone missing, at his home.

“They arrested the 39-year-old suspect and charged him with burglary. He is expected to appear in the Port Shepstone magistrate's court on Thursday.

“According to the principal of a school in Port Shepstone, when he returned to school yesterday (Tuesday) after the holidays, he detected that 20 tablet devices were stolen in an apparent burglary.”

Zwane said police were alerted and during the course of the investigation, they proceeded to the home of a security guard tasked with protecting the school premises.

“When the police officers searched his house, they found six stolen tablets on the premises. He was immediately placed under arrest.”

Zwane said the investigation was ongoing and police hoped to recover the devices that had not yet been found.