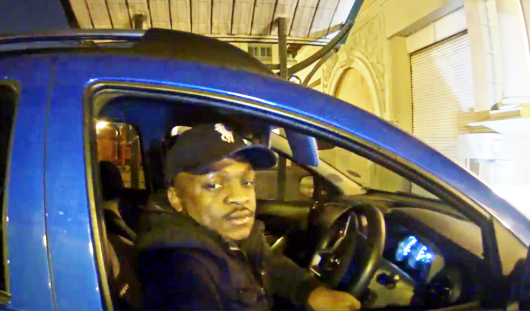 Andrew Mvinjelwa photographed by a Century City parking boom camera at 11.23pm on July 28 2019. Laptops worth R47,000 were stolen from an office building between the time he arrived and the time he left. He told TimesLIVE he was there to collect his 'baby mama', who worked at a call centre.
Image: Supplied

Private investigators tracking a Cape Town 'crowbar gang' say that the 12 robberies they have linked to its activities so far this year are “well-organised and professional”.

The investigators, who were engaged by a business which has lost property worth hundreds of thousands of rands in a series of robberies, have been stumped by the police’s slow response, despite direct evidence linking one of the gang members to at least three robberies.

Andrew Mvinjelwa, 32, from Gugulethu, was arrested on July 12 with three other suspects after a guard at an insurance company in Century City saw men trying to break in through a window.

This was the second attempt to break into the building. On March 8, Century City armed response guards stopped burglars getting away with TVs and laptops after they broke in through a window using a crowbar.

Couple tied up at gunpoint and robbed at home in Malmesbury

The couple was attacked by three armed men, two carrying firearms and the third a crowbar.
News
2 years ago

The two suspects fled on foot, leaving behind their getaway vehicle, a silver Mitsubishi ASX which was stolen in July last year. The car was also allegedly used to reconnoitre a business in District Six on January 17 before an armed robbery the next day.

In the car, police found Mvinjelwa’s ID book and a bail receipt related to a business robbery case. But when police apprehended Mvinjelwa in July, they released him on “police bail”.

The lawyer representing him in a trial for a 2015 armed robbery at Cape Peninsula University of Technology’s District Six campus, Bern Rautenbach, said he had no knowledge of Mvinjelwa’s arrest, and his client had not asked for his help.

“What is funny is that he didn’t let me know about that, so I don’t know whether he has another lawyer for that. You can’t get police bail on burglary. There should have been a prosecutor involved as well,” he said.

On July 28, Mvinjelwa was photographed by the camera at a security boom in Century City. He was driving a blue Renault Sandero which had been used in a burglary at an office building that evening.

Pictures taken at his arrival and exit coincided with time stamps on CCTV footage inside the building which showed the suspects carrying out laptops worth an estimated R47,000.

This incident happened three days before Mvinjelwa failed to appear in the Cape Town Regional Court on August 1 for the start of his armed-robbery trial.

Speaking to our sister publication TimesLIVE, Mvinjelwa said he forgot about his court date because he was in the Eastern Cape and arrived back in Cape Town only on August 4.

Rautenbach, however, said: “He came to court on his own later that day, but the court had already adjourned. The prosecutor told him to come to court the next day, which he apparently did.” 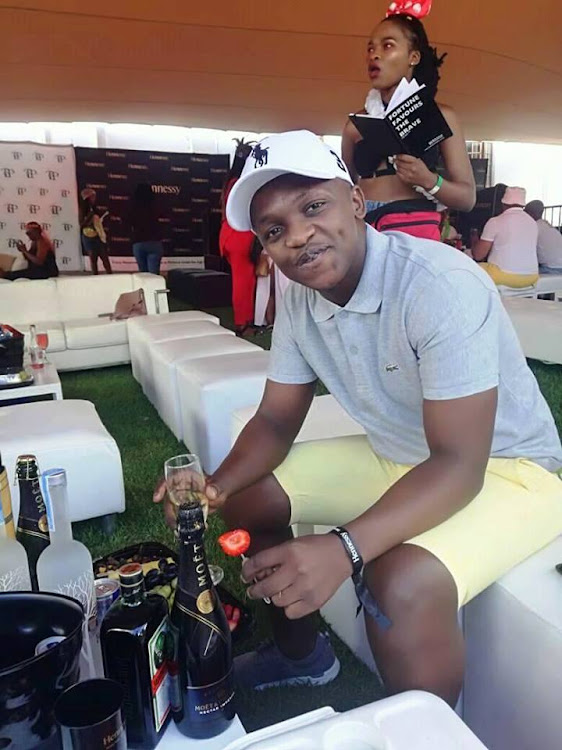 Mvinjelwa’s explanation for the presence of his bail receipt and ID book in the stolen Mitsubishi was that his laptop bag had been stolen out of a car.

As for the July 28 burglary, he said he was at Century City to pick up his “baby mama” who worked there at a call centre. “When she comes out at night most of the time I go there. Sometimes before midnight.”

Asked about three other people who can be seen in the car, he said he would have friends with him, depending on whose car he was driving, because he did not own a vehicle.

“The blue Renault Sandero was another lady’s car, what is her name … I’m driving a lot of cars, my brother,” said Mvinjelwa.

Mvinjelwa has 14 arrests to his name and his criminal record includes a five-year prison sentence in 2015 for housebreaking and theft. But Rautenbach said he successfully appealed against this conviction.

The gang’s modus operandi includes using a crowbar to get into buildings. Often with the help of an inside person, they steal laptops, tablets and TVs.

They mostly use stolen vehicles with number plates cloned to resemble those of identical vehicles which are in use by private owners, investigators told TimesLIVE.

Asked why the police released Mvinjelwa and other suspects, police spokesperson Capt FC van Wyk said they could not be linked to any other cases.

“They had no outstanding warrants. The other two suspects went to court and are currently in custody. There have been no bail applications as yet,” he said. “They will appear in court on August 23 (Friday). Investigation is ongoing in linking these cases in Century City and those in the greater Cape Town area.”