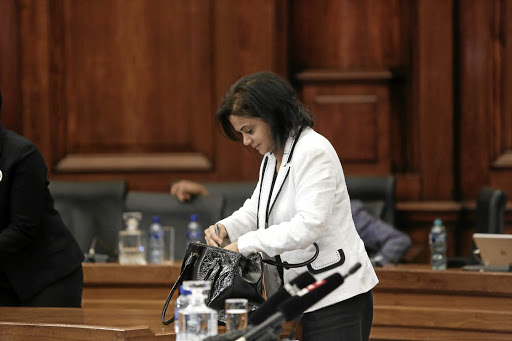 National director of public prosecutions Shamila Batohi has called on President Cyril Ramaphosa to address challenges due to staffing in her organisation.

Batohi made this call at the Health Sector Anti-Corruption Forum, which was launched by Ramaphosa at the Union Buildings in Pretoria on Tuesday.

The purpose of the forum is to fight fraud and corruption in the health sector.

Batohi said the biggest challenge to investigating and prosecuting cases in the health sector was capacity in the National Prosecuting Authority (NPA) and the Hawks.

She said that additional  budget allocations would assist in dealing with these challenges, with the funding used primarily to recruit prosecutors in the Specialised Commercial Crimes Units and increase capacity in the Asset Forfeiture Unit.

The National Prosecuting Authority (NPA) has declined to prosecute anyone for the alleged poisoning of former president Jacob Zuma, saying that there ...
News
2 years ago

“However, the Hawks capacity still remains a problem. I take this opportunity to urge the president to address this urgently,” Batohi said.

She said the role of the NPA within the forum was to ensure that matters in the health sector, which were referred to the SIU, were prioritised and received the necessary attention. Batohi said cooperation between the various stakeholders had improved immensely.

Batohi mentioned a number of cases and outlined where the matters were in the legal process.

She said the Intaka matter - which involved the supply of oxygen to hospitals within KwaZulu-Natal and the Northern Cape - was on the court roll.

In the case of acquisition of oncology machines at Addington Hospital in KwaZulu-Natal, Batohi said investigations had been finalised and the matter was with the prosecutor for a decision.

Batohi said in the case of the construction of a forensic mortuary in Pietermaritzburg, investigations had been finalised and the matter was with the prosecutor for a decision.

Batohi said the Anti-Corruption Task Team (ACTT) structure, which was set up to drive the investigation and prosecution of prioritised corruption cases, had for many reasons been ineffective in the past.

“But I am pleased that much has improved. There is much better collaboration and there is a plan to enhance efficiency of the ACTT,” she said.