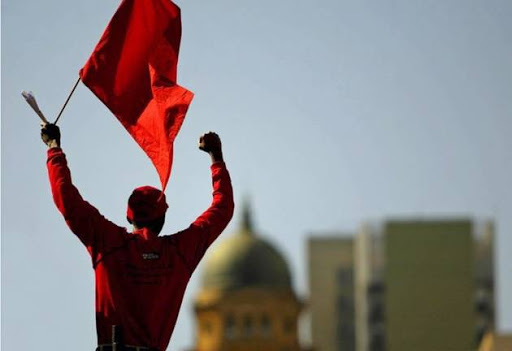 Banking union Sasbo plans to strike against job losses in the banking sector. However, the industrial action might not go ahead as business organisation Busa has applied to the labour court to stop the strike.
Image: Gallo Images

While Business Unity SA (Busa) is heading to court to prevent Friday’s planned bank strike from going ahead, South Africans have been warned to withdraw enough money to see them through.

Here is what you need to know about the strike:

The South African Society of Bank Officials (Sasbo) says it has planned a national bank strike for Friday over planned retrenchments in the banking sector.

According to the Cosatu-affiliated union, five major marches are planned throughout the country in Johannesburg, Durban, Bloemfontein, Port Elizabeth, and Cape Town. They are scheduled from 10am.

“Members living in areas where no march will take place can plan their own pickets with the assistance of their Sasbo regional office. Alternatively, Sasbo encourages all members to stay at home on this day,” said the union's general secretary Joe Kokela.

“The SA Revenue Service would like to ensure that the affect of the strike on these transactions is minimised for both the taxpayer and Sars. To this end, taxpayers are encouraged to submit their payments two business days in advance and similarly conduct any tax transactions that may result in a payment to Sars two business days in advance,” said Sars.

Busa said it had applied for an interdict to suspend the strike. The ruling will be handed down on Wednesday.

In an interview on SABC, Busa representative Cas Coovadia said Sasbo did not follow the proper procedure when calling for the protest action, adding that the strike notice was outdated.

“We applied for the interdict because the strike has been planned on the basis of a Section 77 notice that was actually done in August 2017 and our legal people are of the view that the notice is outdated.

“Having said that, we respect the right of unions to strike as long as it's within the context of the law and appropriate regulations are followed,” he said.

Coovadia said banks were preparing for the strike and doing whatever possible to minimise the disruption.

First National Bank said (FNB) said it had taken emergency measures to try to ensure that services were not interrupted.

On CapricornFM, CEO of FNB points of presence Lee-Anne van Zyl encouraged customers to access services through the bank's app, ATMs, automated deposit terminals, and via online and cellphone banking.