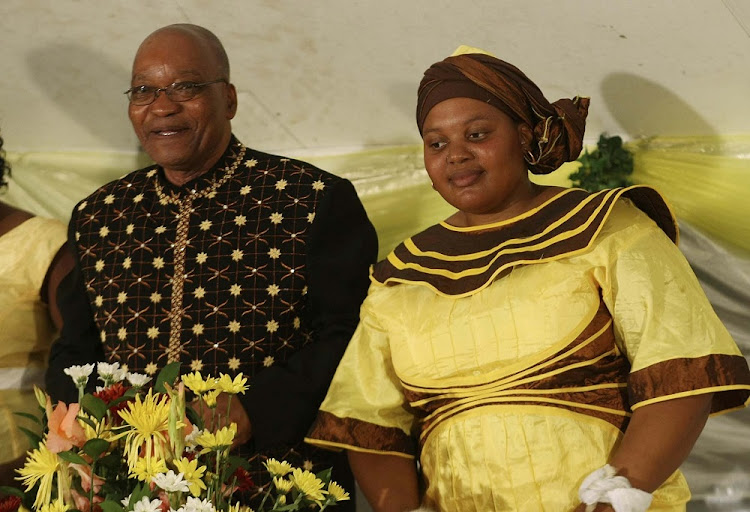 Chief prosecutor Shamila Batohi has been urged to make a decision on whether to charge Nompumelelo Ntuli-Zuma‚ accused of plotting to poison her estranged husband‚ former president Jacob Zuma.

“This matter has been hanging over my client’s head since June 2015‚” her lawyer‚ Ulrich Roux‚ said in a letter sent to the newly appointed Batohi earlier this month‚ according to a recent report on Times Select.

“In four years‚ the South African Police Services and the National Prosecuting Authority (NPA) have seemingly made no progress pertaining to any further investigation being conducted herein and whether there is merit or substance in the allegations levelled against my client.”

Ntuli-Zuma‚ also known as Ma Ntuli‚ “from the outset made it clear that she is not aware of‚ nor was she in any way involved in‚ an alleged conspiracy to murder Jacob Zuma”‚ said Roux.

NPA spokesperson Bulelwa Makeke confirmed that Batohi had received the letter and it “is receiving attention”.

Ntuli-Zuma has joined a host of high-profile suspects in politically-loaded cases – including former KwaZulu-Natal Hawks boss Johan Booysen and former SA Revenue Service official Johan van Loggerenberg – to seek Batohi’s intervention in the prosecutions against them.

Batohi’s predecessor‚ former national director of public prosecutions Shaun Abrahams‚ confirmed that Ntuli-Zuma had been identified as a suspect in a conspiracy to murder Zuma in a letter sent to Roux in 2016.

The Sunday Times reported in 2015 that she had been banned from Zuma’s Nkandla home following claims that she plotted to poison him. The alleged poisoning is said to have taken place in 2014‚ when Zuma reportedly also received treatment in Russia where doctors confirmed the diagnosis.

During a recent interview‚ Zuma declined to speak about reports – contained in a book by ex-convict and businessman Gayton McKenzie – that he had been the target of a number of poisoning attempts during his presidency.

In 2017‚ however‚ he was reported to have spoken for the first time about the alleged efforts to poison him‚ which he blamed on “witches”.

Addressing an ANC gathering in Pongola‚ KwaZulu-Natal‚ Zuma said: “I was poisoned by witches who were trying to finish me off in broad daylight. If I didn’t have friends overseas‚ today you would be saying there was a man from Nkandla but he died.”

In his letter to Batohi‚ Roux stressed that Ntuli-Zuma had given her full co-operation to the Hawks in KwaZulu-Natal‚ who were put in charge of investigating the alleged poisoning conspiracy.

He said Ntuli-Zuma “deposed to an affidavit under oath‚ incorporating answers to numerous questions posed to her by the investigating officer”.

While Abrahams confirmed on October 17 2016 that Ntuli-Zuma was a suspect‚ Roux said all his further letters to the then NDPP were met with silence.

The case was then allocated to the Priority Crimes Litigation Unit headed by Dr Torie Pretorius and which was mandated to investigate “crimes against the state”.

According to Roux‚ he has repeatedly written to Pretorius about the status of the investigation but has “yet to receive any meaningful feedback from the office of Dr Pretorius”.

He has appealed to Batohi to “revert to me as a matter of urgency pertaining to the status of this matter and whether my client is still regarded as a suspect herein”.