'We heard the gunshots,' says aunt of Grade 6 pupil killed outside Katlehong school 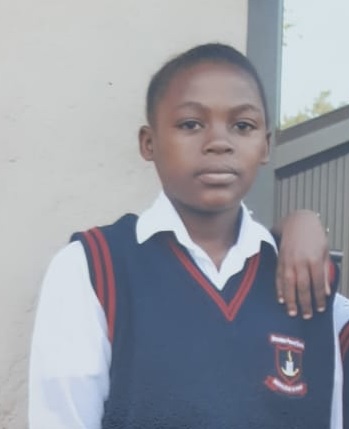 Rethabile Rapuleng was killed outside the Izibuko Primary School in Katlehong on September 18 2019.
Image: Supplied

Rethabile Rapuleng was alive and "fighting for life" when her aunt rushed to her aid in a vain bid to help her after a shooting outside a school in Ekurhuleni.

The 12-year-old succumbed to head-wound injuries at the Bertha Gxowa Hospital on Thursday morning, after being caught in crossfire linked to taxi association rivalry in Katlehong on Wednesday afternoon.

She had been waiting at the Izibuko Primary School in Katlehong to see a friend on Wednesday afternoon, who was among a group returning from a school excursion, when gunmen opened fire.

An elderly man, who was picking up his two grandchildren in Grade R at Izibuko, was killed on the scene.

Zanele Molefe, 41, who lives close to the school, recounted the events leading up to her niece's death.

Rethabile was a Grade 6 pupil at Mogobeng Primary, also in Katlehong. She and other pupils were at Izibuko to meet friends who had been on a school trip when gunshots rang out.

Molefe said she heard the shots, looked out and saw a taxi nearby.

"A number of men went into the taxi after the incident. We thought it was random."

Then one of the pupils called her to the school.

"When we got there, she was lying close to the dead man. She fought for her life ... "

Lifting her up , Molefe said she began to realise the extent of the child's injuries.

“Girl don’t give up,” she recalls encouraging Rethabile.

Paying tribute to her niece, Molefe said: "Rethabile was a nice girl. She didn’t like going out. We don’t know what happened yesterday. Death comes in strange ways. She was just excited to see her friends."

Izibuko principal Bongani Ngwenya said they were “deeply shattered” by the shootings.

A grade 6 pupil, shot dead outside a primary school in Ekurhuleni, was killed by a stray bullet, fired as attackers gunned down their intended ...
News
2 years ago

“We have planted the seed of violence in the minds of these children. This is a photograph in their mind they will never forget,” said Gauteng education MEC Panyaza Lesufi, who visited Izibuko school on Thursday morning.

He added: “Our learners expect a trip to be an exciting moment, not a period to mourn."

“There’s an urgent need, as society, to condemn this kind of brutality and the manner in which lives are becoming cheap.”

Lesufi said that according to the information at the department's disposal, the Mogobeng Primary School pupil had been waiting to meet up with her friend at Izibuko Primary School. She was "caught in a crossfire between taxi association rivals, which resulted in the fatal shooting of a man who had come to collect his two grandchildren in Grade R at Izibuko Primary School, who were returning from a school trip.""The Grade 6 learner was wounded during the shooting, subsequently she was rushed to Bertha Gxowa Hospital, where she this morning sadly succumbed to her injuries. MEC Lesufi visited both bereaved families to convey his sincere condolences.

The slain grandfather was allegedly linked to the taxi industry.

Lesufi commented that Gauteng premier David Makhura has appointed a retired judge to chair a commission of inquiry into violence in the taxi industry.

“We hope those who have done this will be named,” Lesufi said.