Hawks take over probe into fake bomb at Tshwane mall 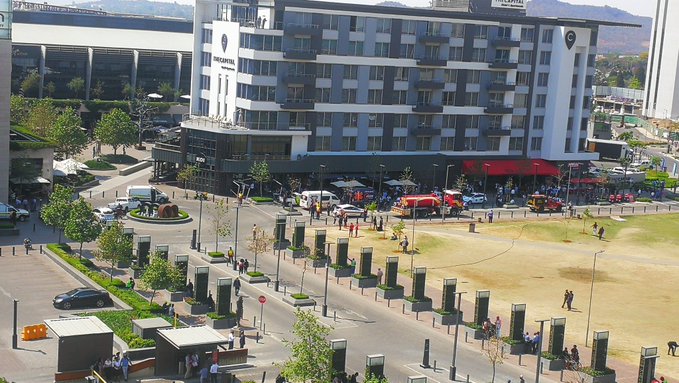 Menlyn Maine shopping centre in Tshwane was evacuated on Tuesday due to a bomb scare that turned out to be a hoax.
Image: Twitter/@DilonaNaicker

The Hawks will investigate the case of a man who threatened to blow up a bank at Menlyn Maine shopping centre, in the east of Tshwane, with what police later discovered was a fake bomb.

Police spokesperson Capt Colette Weilbach earlier told SowetanLIVE's sister publication TimesLIVE that the man, in his 50s, entered the branch at about 11.15am on Tuesday.

"He handed a note over to the bank teller who served him. The note said there was a bomb planted inside the bank. The security immediately reacted and evacuated the whole shopping centre. The SAPS responded and arrested the man inside the bank," she said.

Menlyn Maine shopping centre, east of Pretoria, was evacuated on Tuesday after a man threatened to blow up a bank.
News
2 years ago

Weilbach said that while the man was waiting at the bank, the teller pressed a panic button and centre management responded.

According to Weilbach, while the man waited for the security manager to arrive, two police officers who were in the vicinity arrived and arrested him.

"The man will appear in the Pretoria Magistrate's Court soon. The matter has now been taken over by the Hawks for further investigation," added Weilbach.

The man is set to be charged with contravening the Explosives Act. He also faces a charge of attempted bank robbery.

All roads in Johannesburg's CBD affected by violence on Sunday are clear on Monday morning, after a concerted effort by police and metro police to ...
News
2 years ago
Next Article