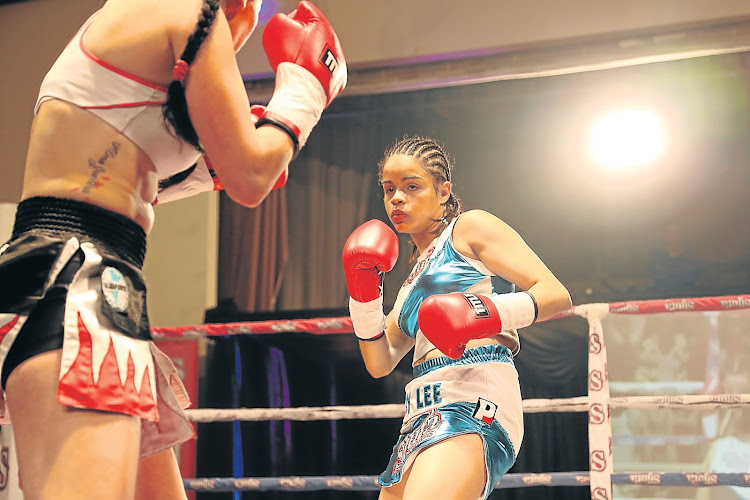 The late Leighandre 'Baby Lee' Jegels in action against Liliana Gonzalex from Argentina at the Orient Theatre in East London.
Image: ALAN EASON

This was confirmed by the Independent Police Investigative Directorate (Ipid) spokesperson Sontaga Seisa on Tuesday.

Seisa told DispatchLIVE: "The  tactical response team member who was in hospital after shooting his girlfriend the female boxer and who also shot his girlfriend's mother, has been certified dead today ... at an East London hospital, the same suspect was supposed to appear before court for the same alleged offences."

DispatchLIVE understands that Manyakama died due to severe head injuries he suffered after he collided with another vehicle in Peddie minutes after shooting Jegels and her mother, Rita on the Voortrekker Road in East London.

During the accident, two  people were killed while a third passenger was left injured. Manyakama was admitted at St Dominic's Hospital in East London.

Tributes pour in for slain promising boxer.
Sport
2 years ago
Next Article