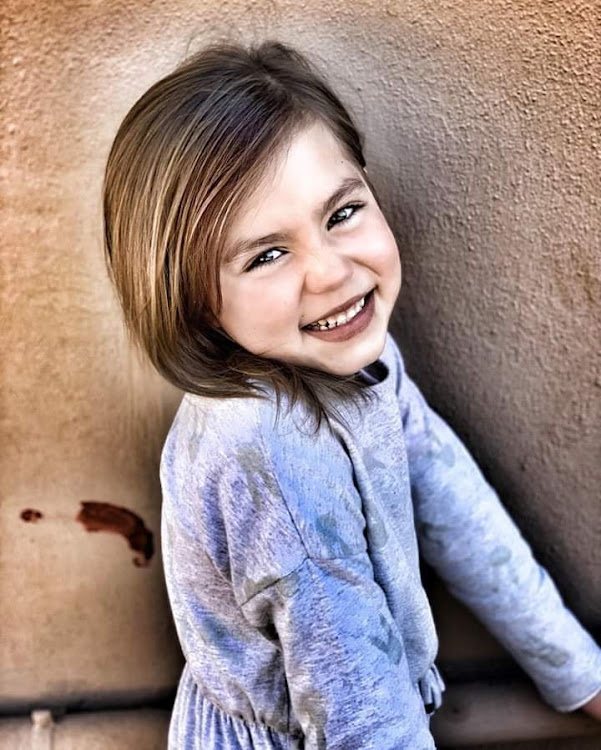 Family and police are asking for help to ensure the safe return of Amy-Lee de Jager, who was kidnapped outside her Vaal primary school on Monday morning.
Image: Quentin Venter via Facebook

A gang of men who snatched six-year-old Amy-Lee de Jager from a drop-off point at Laerskool Kollegepark in Vanderbijlpark on Monday morning had pushed her younger brother, Jayden, out of the way as she was thrust into a car.

De Jager’s aunt, Louise Horn, said that the boy, 5, had been knocked to the ground.

Beyond scraped knees, he was unharmed.

“I have him with me now and he’s very traumatised but fine,” she told TimesLIVE.

Four men kidnapped the girl shortly before 8am on Monday, bundling her into a white Toyota Fortuner before speeding off.

Horn said that the kidnappers had put in a terse call to the girl’s father, Wynand, demanding R2m cash in exchange for the safe return of the child.

“Her mother and father are at the police station now with the hostage negotiators and they are waiting in case the captors call again.”

She said that police attempted to track the cellphone used by the kidnappers without success.

"They traced the phone to Heidelberg but they couldn’t find anything.

"Her parents are in a dark place and they’re not holding up well," Horn said.

Horn emphasised that fake reports of Amy-Lee having been found were hampering the police investigation.

"She is still missing and we are appealing for her safe return," she said.

Six-year-old Amy-Lee was kidnapped by four men outside Laerskool Kollegepark in Vanderbijlpark on September 2 2019. The kidnappers have demanded R2-million for her safe return.

Police have appealed to the public for information to assist with the search for a six-year-old girl who was kidnapped outside her school in ...
News
2 years ago
Next Article