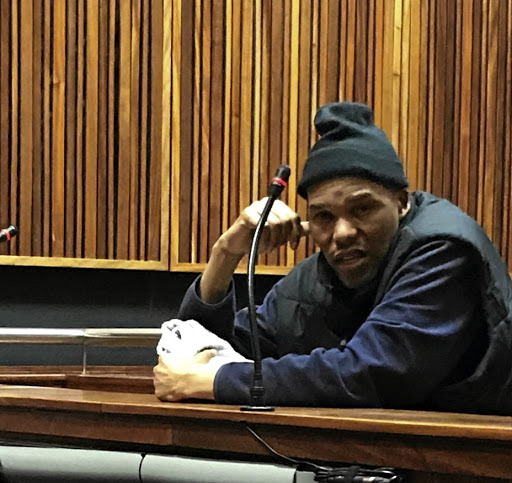 The brother of a Soweto woman who was gunned down by her ex-lover told the court yesterday how the man laughed at them during his court appearances.

This came out during sentencing procedures for Hector Sipho Mdletshe, who was found guilty of killing Nomsa Hilda Mbuyisa in Mofolo, Soweto, last year.

Mbuyisa's brother Themba Mazibuko told the court through an affidavit that even after Mdletshe was arrested for the murder, he and his family would swear at them and mock them during court proceedings.

"We had to stay in the same house with Sipho's family before and after the funeral. They showed us no respect even in our time of mourning. They acted as if Nomsa did not do anything for them when she was alive," Mazibuko said.

Mazibuko said this through a victim impact statement that was read into the record by prosecutor Deborah Zinn yesterday in the South Gauteng High Court, sitting in the Palm Ridge magistrate's court.

The report was presented in court to illustrate the impact of Mdletshe's actions in killing Mbuyisa.

"His [Mdletshe's] family did not want to move out of Nomsa's house, they vandalised it. They pulled out all the electricity cables and broke the pipes. The house was left flooded [with water]," he said.

Mdletshe was also found guilty of two counts of attempted murder and for being in possession of a firearm and ammunition without a licence.

"He was convicted for pointing a firearm at someone in 1997 but was given a fine and a suspended sentence. He was also convicted of assault with intent to cause grievous bodily harm in 2000.

"He was also found guilty of assault with intent to do grievous bodily harm in 2003," Zinn said.

She said judging from Mdletshe's record, he had a propensity for violence over the years.

"His behaviour became so bad that he felt nothing when he shot the mother of his three children in broad daylight, in front of his son and in front of a multitude of people," she said.

Zinn also read Mthunzi Mbuyisa's victim impact report into record, in which he detailed the abuse his mother had to endure in his presence.

Mthunzi was also present when his father shot his mother twice in the chest and once in the head before they could board a taxi.

"My father always abused her since I was in this world but I never thought it would lead to her death," he said.

"The trauma has forced me to relive that day even though I thought I would be better [with time]. I cry myself to sleep every night because I find it hard to comprehend that my own flesh and blood, my father, would kill my mother."

He said his mother's death affected the family to an extent in which his grandmother died because of a broken heart.

Acting judge Tony Thobane rolled the matter over to today for sentencing.