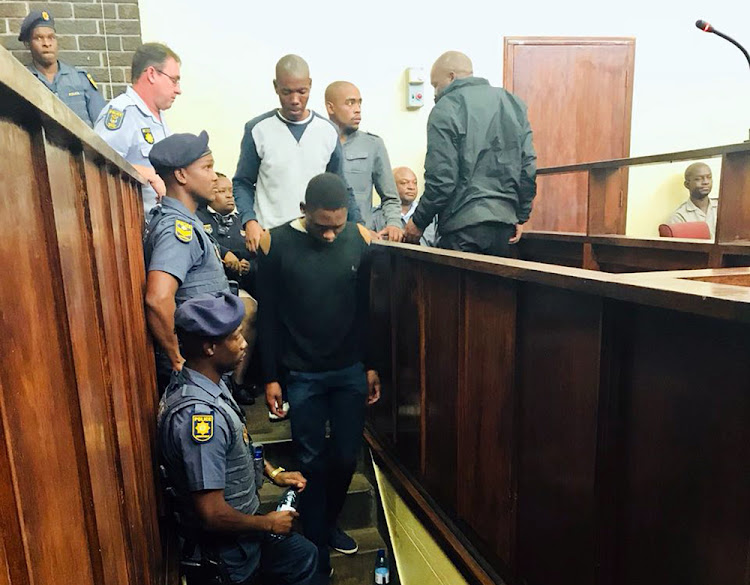 Themba Thubane has been sentenced to two life terms and an additional five years in prison for the murders of Gabisile Shabane, 13, and 15 month old Nkosikhona Ngwenya.

The two were abducted from their home in Hlalakahle, eMalahleni  in Mpumalanga and killed for muthi purposes last year.

Thubane and three other men who are  still awaiting trial next year, brutally attacked the Shabane family at their home and abducted Gabisile, who lived with albinism and Nkosikhona. Both were found with missing body parts.

Middleburg High Court Judge Segopotje Mphahlele said she saw no other suitable sentence than that of two life terms for Thubane.

"The accused was not remorseful, he only confessed after he was arrested. Therefore after realising the pain and the horror that Gabisile, Nkosikhona went through when they were killed I have no justification in giving a lighter sentence,"said Segopotje.

Thubane,a teacher with a B-tech degree in teaching was therefore sentenced to a combined 55 years in prison.

Thubane, 41, had  pleaded guilty on all charges including two counts of premeditated murder, two counts of kidnapping, housebreaking with intent to commit murder and one count of violation of a corpse.

Speaking in aggravation of Thubane's sentence, Anna Shabane, Gabisile's mother, told the high court that her family was living in fear and that her daughter's killing has destroyed her family.

The community of Hlalakahle in eMalahleni, Mpumalanga, came out in numbers to support the Shabane and Ngwenya families as the Middelburg High Court ...
News
2 years ago
Next Article