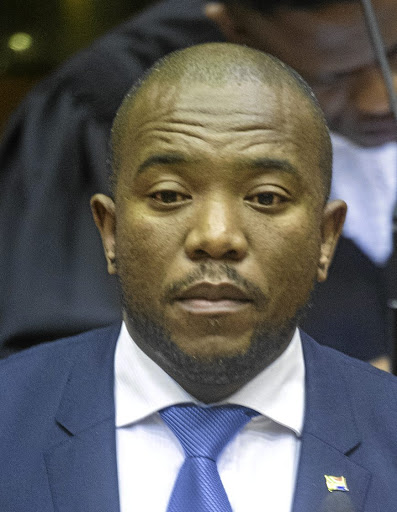 Maimane yesterday wrote to the speaker of the National Assembly Thandi Modise asking her to allow him to include an oral question for Ramaphosa when the presidents appears for a Q&A session today.

The leader of the opposition wants to ask Ramaphosa whether some of the CR17 campaigners were appointed as part of repayment for the president's successful campaign to lead the ANC.

He will also ask him to answer questions over alleged payments made by his controversial CR17 campaign for the presidency of the ANC.

EFF leader Julius Malema will also ask Ramaphosa to disclose names of people who were part of his campaign who are now working either in his office or are in cabinet.

Sunday Times Politics Weekly | CR17: Did Ramaphosa buy his position in the ANC?

There are allegations that people who ran Ramaphosa's presidential campaign were rewarded with positions when he took office.

Minister of small business development Khumbudzo Ntshavheni is alleged to have been awarded the job for her role in the campaign.

Ntshavheni was the campaign's coordinator in Limpopo and has been accused of pocketing R5m and the cushy cabinet job. She has denied the allegations saying there was nothing sinister with her appointment.

"The process of my nomination to become a member of parliament was not coordinated through the CR17 campaign coordinators. Records of party lists for parliament with the IEC (Independent Electoral Commission) will show that I was amongst the new young people who made the 100 of the ANC candidate list."

Bejani Chauke who played a critical role in managing the CR17 campaign was appointed as one of the president's political advisors.